BREAKING 2 aircrafts collide on the ground at Lagos Airport 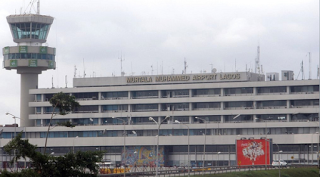 Today’s incident which happened at about mid-day, involved two Airbus A330 conveying about 250 passengers.

The two aircraft had their bodies partially damaged as a result of the collision.
A source at the airport told one of the aircraft was taxiing from the runway to MMA2 to disengage passengers while the other aircraft was preparing to take off to Port Harcourt airport from the same terminal.