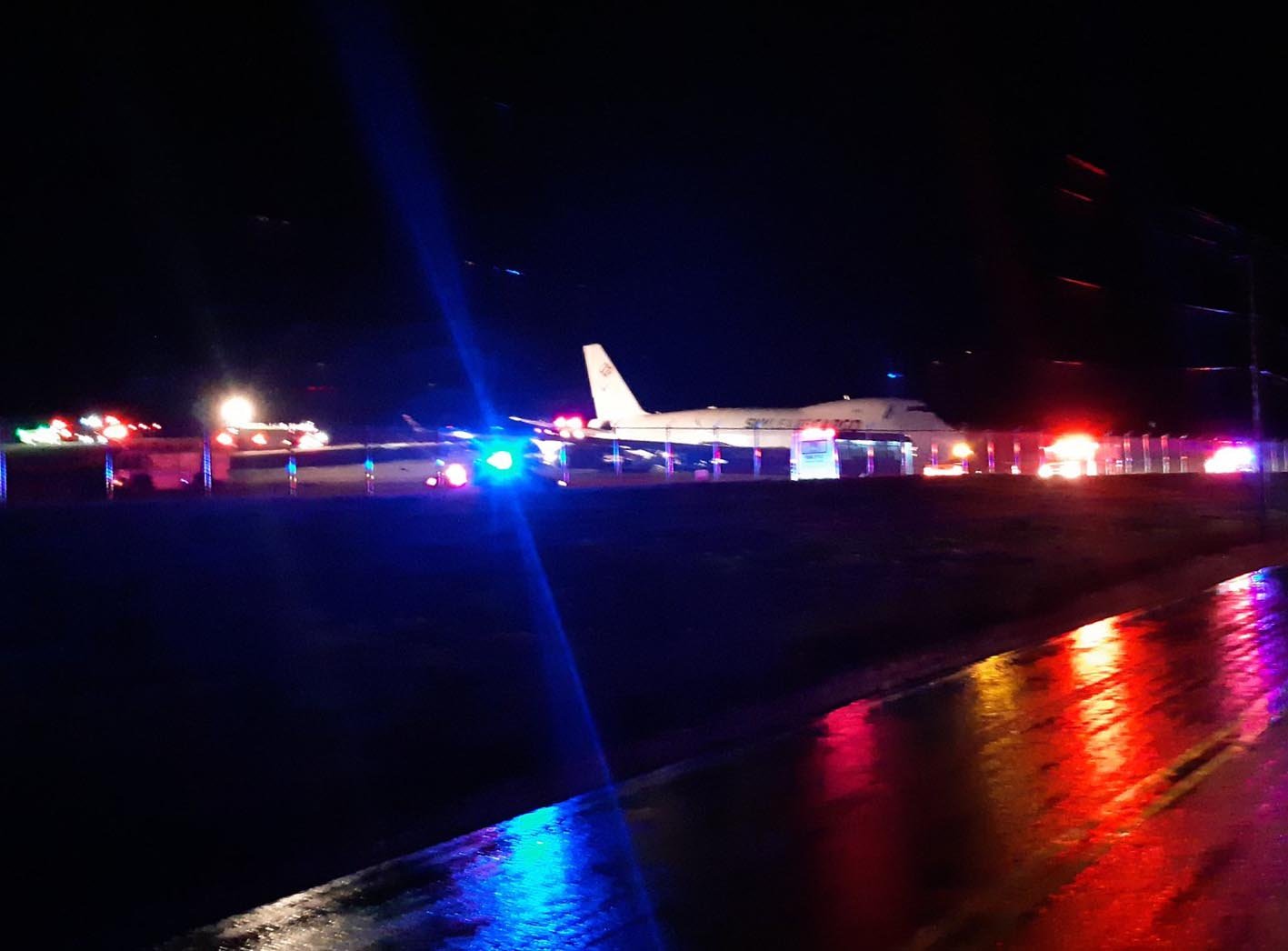 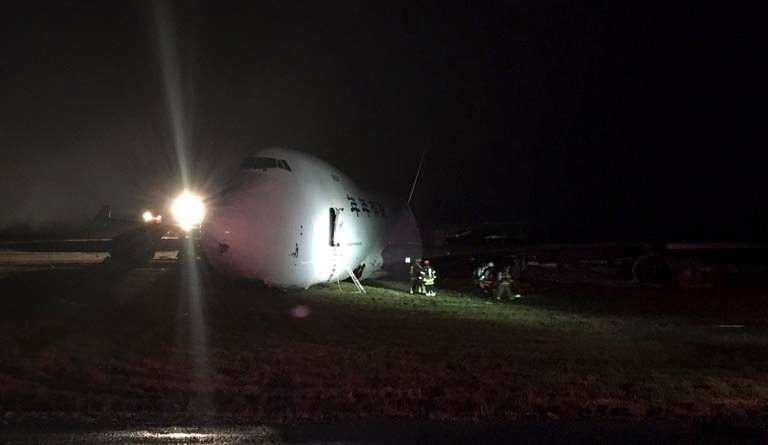 Emergency Operations Centre (EOC) has been activated in response to an aircraft that went off the end of runway 14 in the morning. 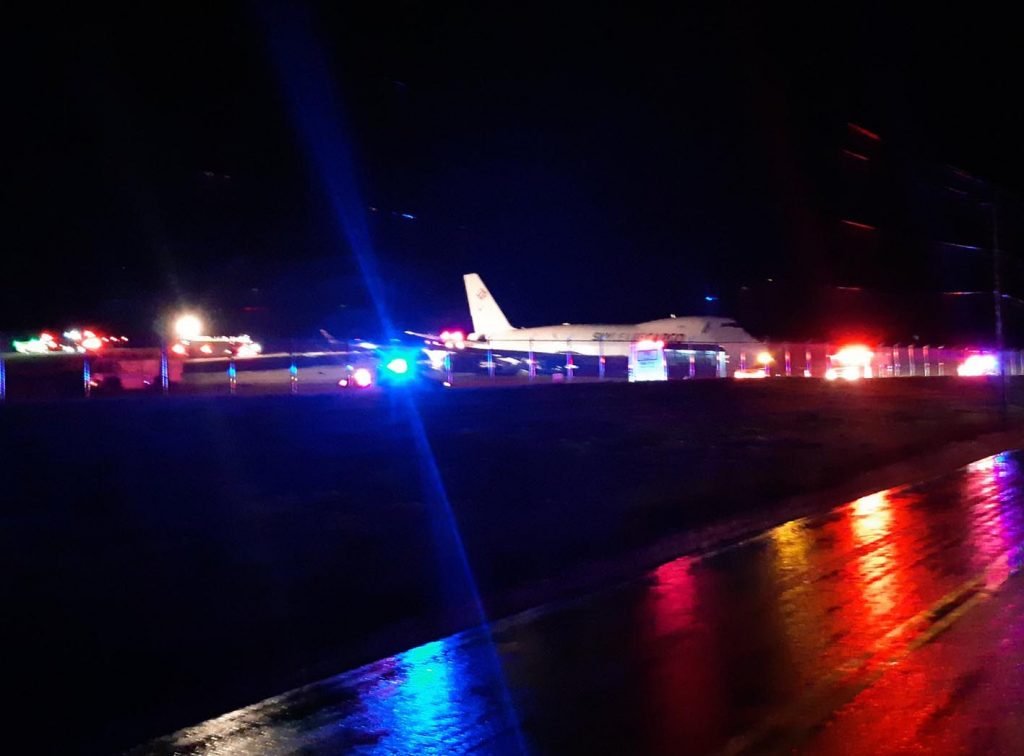 The Sky lease Boeing 747-400F cargo flew from Chicago O’Hare with 4 people on board. 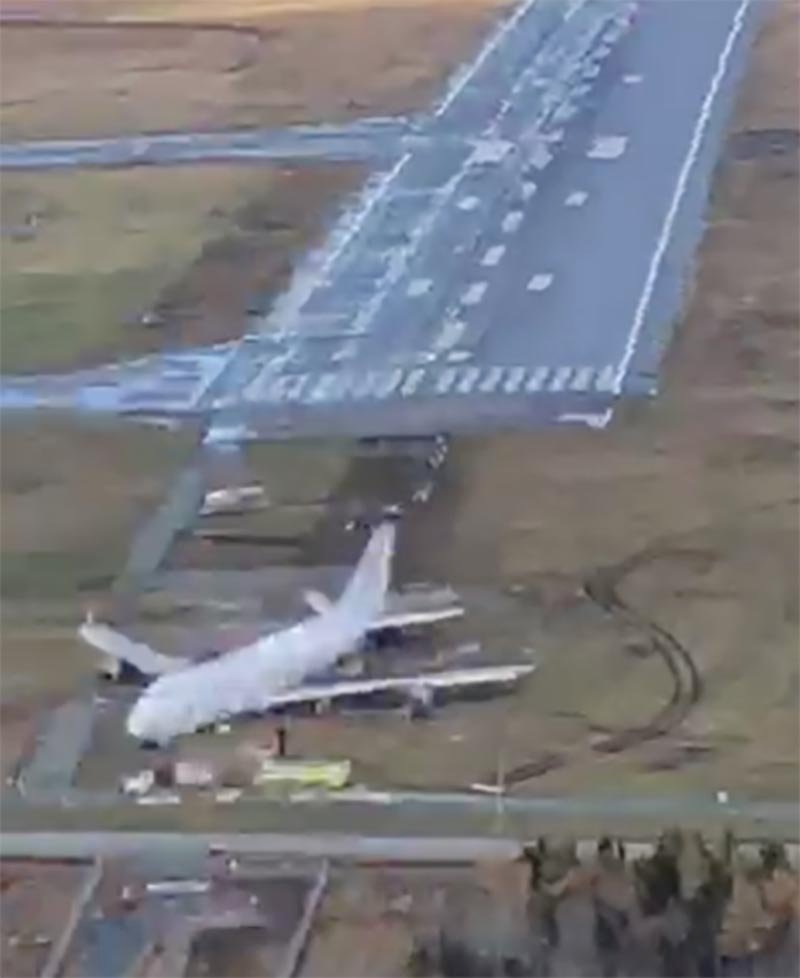 The fuselage of Sky lease Boeing 747-400F cargo was badly damaged during landing.

No injuries reported at this time.