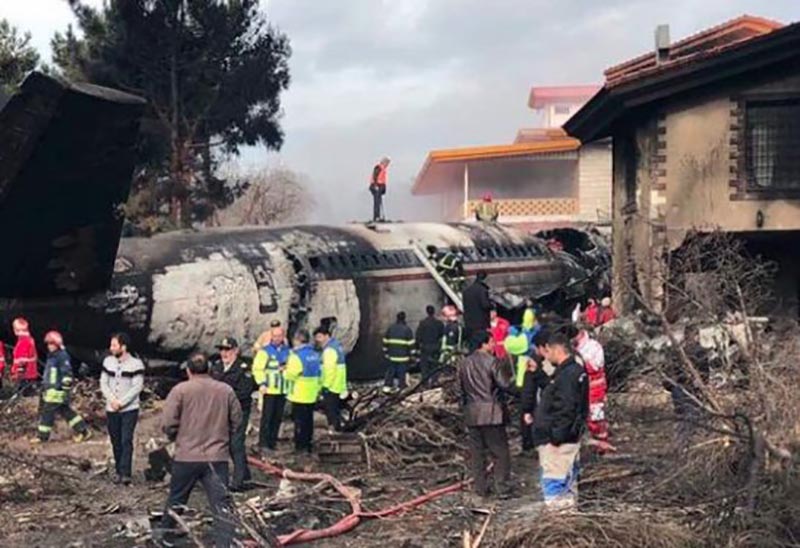 A Boeing 707 cargo plane with 10 people on board has crashed in Iran amid harsh weather conditions, the Iranian Army has confirmed.

The plane went down at Karaj airport, west of Tehran.

The airplane departed from Bishkek, Kyrgyzstan, carrying cargo and 10 people, according to the semi-official Fars News Agency. The Boeing 707 reportedly failed to reach the runway and hit the airport fencing.

The 707 apparently broke apart and caught fire on impact.

Preliminary information suggests it may have landed at the wrong airport.

The crashed Boeing 707 belongs to Iran Airforce, Registered as EP-CPP, which has crashed while trying to land at Fath Airport.