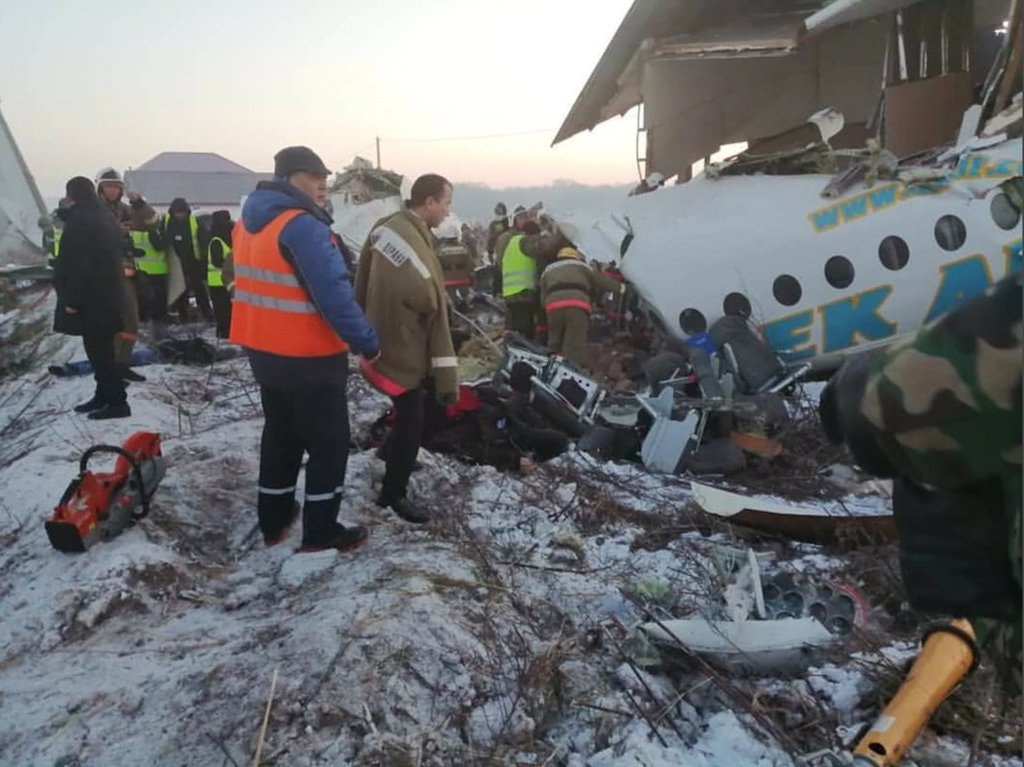 A plane carrying 100 people has crashed at Almaty airport, in Kazakhstan, killing at least nine people.

On Friday morning Almaty airport said there were survivors and emergency workers were on site. Footage from the scene of the accident appeared to show the plane had collided with a building.

Emergency services were combing through rubble.

The Bek Air flight was en route from Almaty, Kazakhstan’s largest city, to the country’s capital of Nursultan. It took off at 7.22am local time.

Kazakhstan’s Civil Aviation Committee said in a statement the aircraft “lost altitude during takeoff and broke through a concrete fence” before hitting a small building.

A Reuters reporter travelling to the airport said there was thick fog in the area.

Bek Air operates a fleet of Fokker 100 jets. The aviation committee said it was suspending all flights of that type of aircraft pending an investigation.