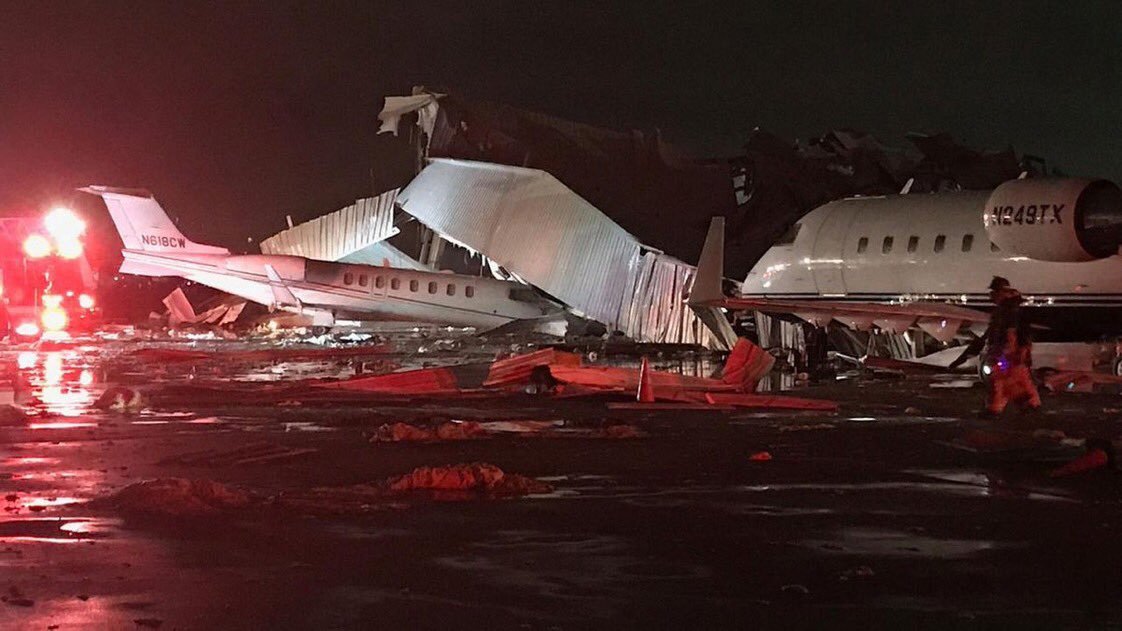 Firefighters responded to a building collapse near Hobby Airport, Houston.

According to ABC13, police received a call a little after midnight to assist the fire department at the hangar for Jet Linx, a private jet company.

Video from our Eyewitness News crew shows part of the hangar collapsed on top of a plane, and debris scattered nearby.

The situation began just after midnight as a fast-moving thunderstorm was pushing through southeast Houston.

Houston Fire Department officials said they have no reports of injuries:

Hangar at Hobby Airport collapsed. Units are on scene checking for anyone inside.