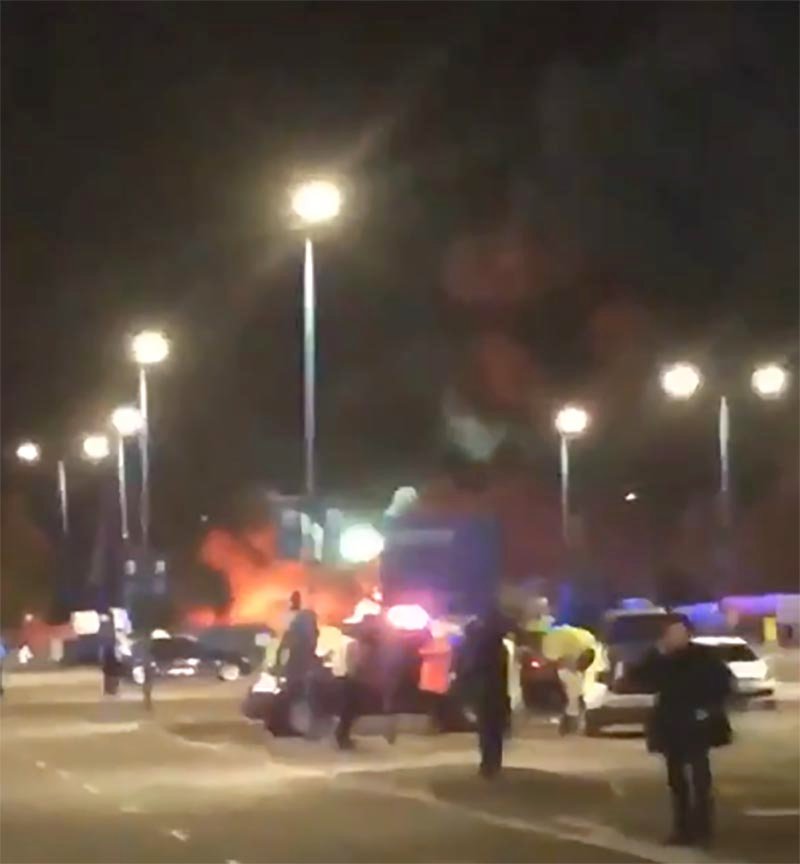 The Leicester City owner’s helicopter has crashed in a car park outside the club’s ground shortly after taking off after a match.

It has been reported that Leicester City owner Srivaddhanaprabha was on board the vehicle, although it is currently unknown who else was in the six-seater air craft.

Leicester City had been playing West Ham United in the Premier League at their King Power stadium.

Pictures from outside the ground showed a large fire in the car park although it has now been extinguished, according to reports.

The engine stopped and the helicopter went silent and turned round, just spinning, out of control and crashed.