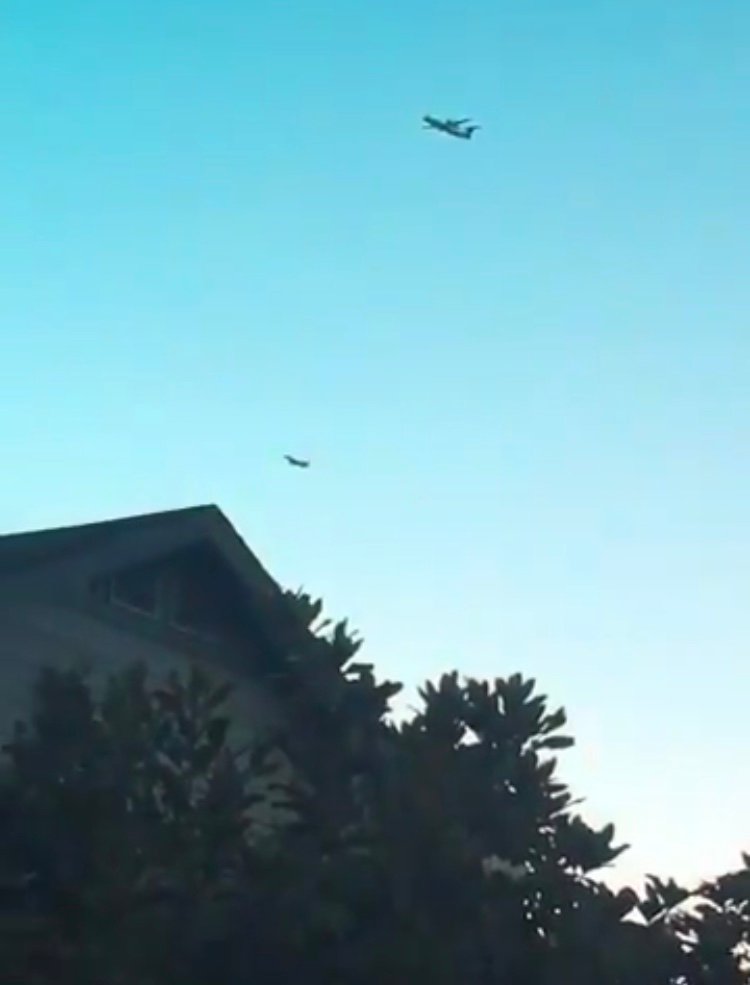 An Alaska Airlines Q400 that has been stolen and has crashed in the greater Seattle area. According to various reports, around 8 p.m. Pacific Time, an Alaska Airlines Bombardier Q400 operated by Horizon Air took off from Seattle-Tacoma International Airport without permission from Air Traffic Control.

The unidentified 29-year-old ground service agent was pronounced dead after the crash, Pierce County Sheriff Paul Pastor said.
Authorities initially identified the man as ground service agent. He was tasked with directing aircraft for takeoff, gate approach and de-icing planes.
The regional airline is based in the Seattle-Tacoma airport and it’s owned by the Alaska Air Group.
The incident was not considered terrorism, sheriff’s spokesman Ed Troyer said.
The employee “was doing stunts in air or lack of flying skills caused crash into Island,” the sheriff’s department tweeted.
Footage of the barrel roll performed by 29 year-old ground serviceman doing a full barrel roll west of Seattle resulting in a dramatic loss of altitude before it crashed at Ketron Island.

After taking off, fighters jets were scrambled to intercept the rogue aircraft.

Within minutes of the plane’s takeoff, the military scrambled two F-15 jets from Portland to follow the plane authorities said. They pursued the aircraft before it went down on Ketron Island between Tacoma and Olympia.

F-15 ROCK41 informed BIGFOOT that they were supersonic for four minutes after departing Portland.

In a tweet, Alaska Airlines stated: “We are aware of an incident involving an unauthorized take-off of a Horizon Air Q400. We believe there are no passengers on board.