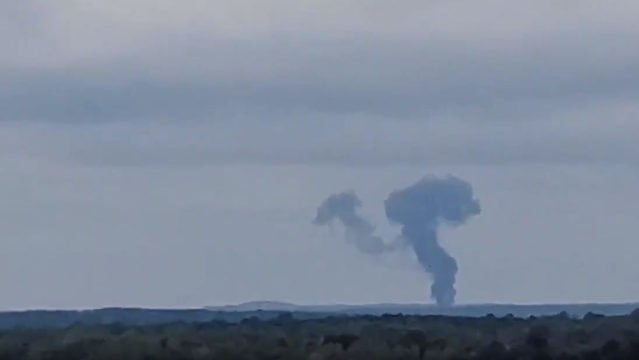 A plane crashed during the Atlanta Air Show Sunday afternoon.

Snowbird 5, Capt Kevin Domon-Grenier was forced to eject from his aircraft shiortly before performance in Atlanta this afternoon.

Capt Domon-Grenier made it safely to the ground and is okay. The aircraft fell in an unpopulated area and no one was injured.

In a tweet from the CF Snowbirds, the group says Capt. Kevin Domon-Grenier was “forced to eject from his aircraft shortly before our performance in Atlanta.” Domon-Grenier made it to the ground safely the group says, and the aircraft “fell in an unpopulated area and no one was injured.”

The Atlanta Air show was happening all weekend at Tara Field next to Atlanta Motor Speedway in Hampton.

The event was canceled for the rest of the day.

Airplane crash. A Canadian Snowbird from Atlanta airshow. Pilot ejected safely, but the plane not so much. #atlantaairshow#planecrash #atlanta pic.twitter.com/JsUIv6Nk16