BREAKING A Mahan Air Airbus A310 has been intercepted by a U.S. F-15 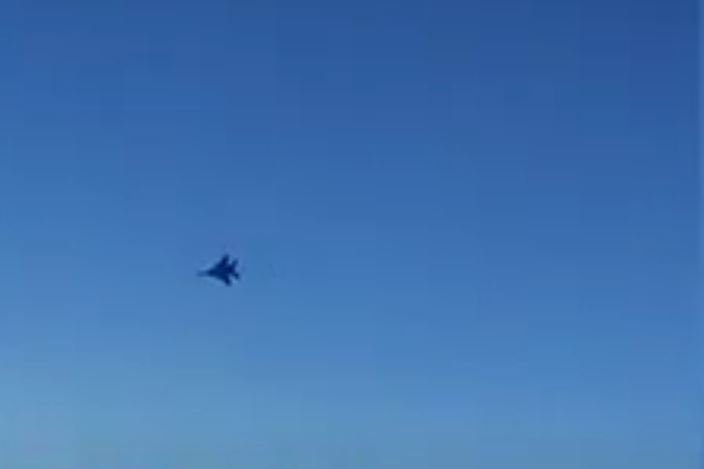 Iranian state television reported on Thursday a Mahan Air passenger flight was approached by an unidentified fighter jet in Syrian skies, forcing the plane to take emergency measures that caused injuries among the passengers.

The flight was en route from Tehran to Beirut and was in Syrian airspace when the alleged incident occurred.

Video aired by Iran’s state-run television, IRIB, appears to show at least one fighter jet flying close to the passenger plane. In another video, passengers can be heard screaming.

The report said the pilot rapidly dropped altitude to avoid contact with the jet. Several passengers were injured.