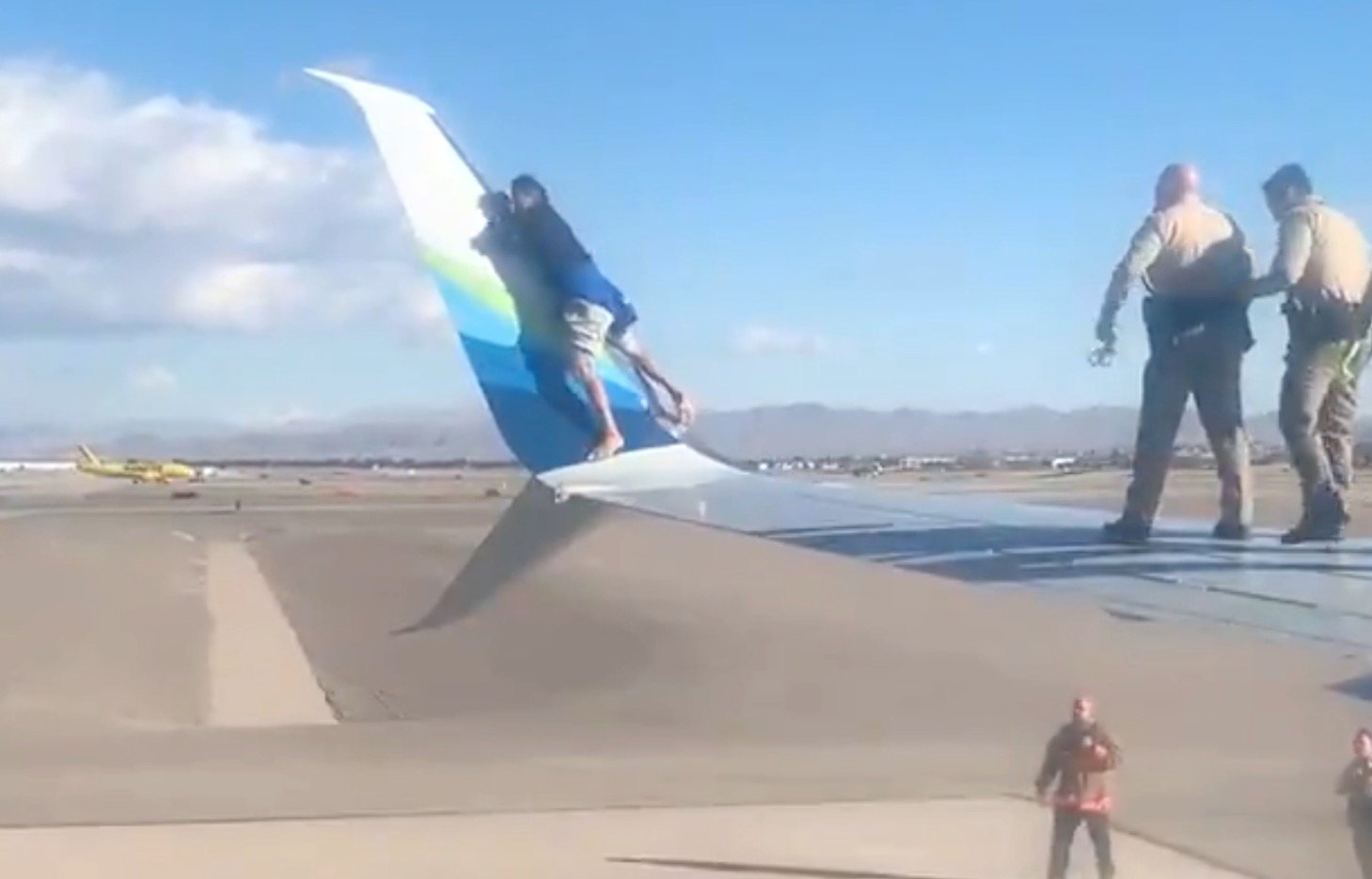 Authorities arrested a man who walked on the wing of a passenger jet before falling off at Las Vegas’ McCarran International Airport.

The man had jumped over an airport fence before he made his way to the wing of the Alaska Airlines Boeing 737NG.

Video showed the man walking on the wing, grabbing the winglet (the fin at the end of the wing), taking off his shoes and trying to climb up the winglet. As officers approached on the wing, he slipped and hit the ground.

He was taken into custody and transported to a medical facility, said McCarran spokesman Joe Rajchel. 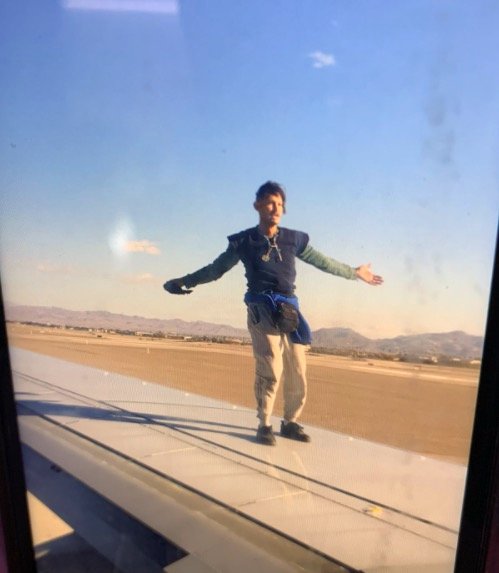 Alaska Airlines said in a statement that the plane was preparing for takeoff, bound for Portland, Oregon, about 2 p.m. when the pilot spotted the man approaching the aircraft and notified control tower operators.