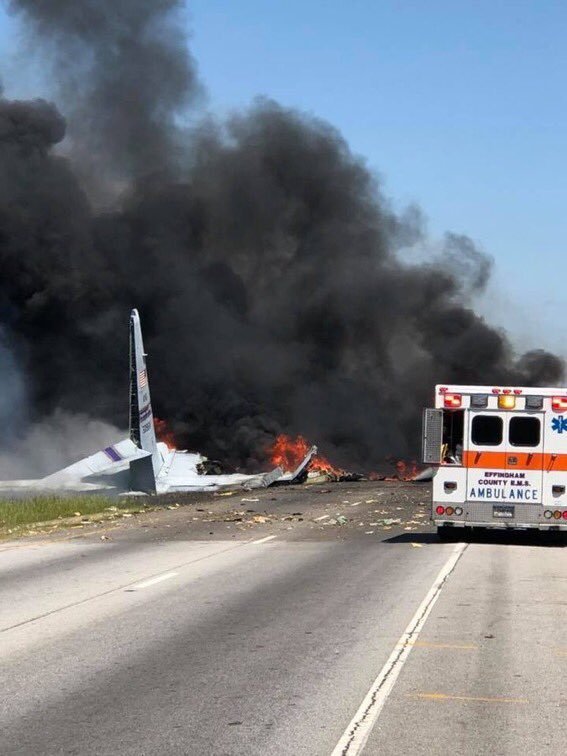 Emergency crews are responding to a military plane crash in Savannah, Georgia.

The Puerto Rico Air National Guard C-130 was flying from Savannah, Georgia, to Tucson, Arizona, where it was to be decommissioned.

The plane involved in Wednesday’s crash was at least 50 years old, according to an official familiar with the aircraft.

Prayers go out to the families of all on board the plane that crashed in Garden City today. Captured from my business’ surveillance cameras #CNNiReport pic.twitter.com/08Ms4gADMv

According to witnesses near Savannah Hilton Head International Airport, a military aircraft crashed shortly after take off a little after 11 a.m. on Wednesday, May 2.

“Nine crew members died in the accident, but until their families and relatives are notified, we cannot give their names,” said Brigadier General Isabelo Rivera, the assistant general of Puerto Rico.
All were from Puerto Rico, officials said.
Category: MilitaryBy AIRLIVEMay 2, 2018
Share this post
Share on FacebookShare on Facebook TweetShare on Twitter Share on WhatsAppShare on WhatsApp Share on LinkedInShare on LinkedIn