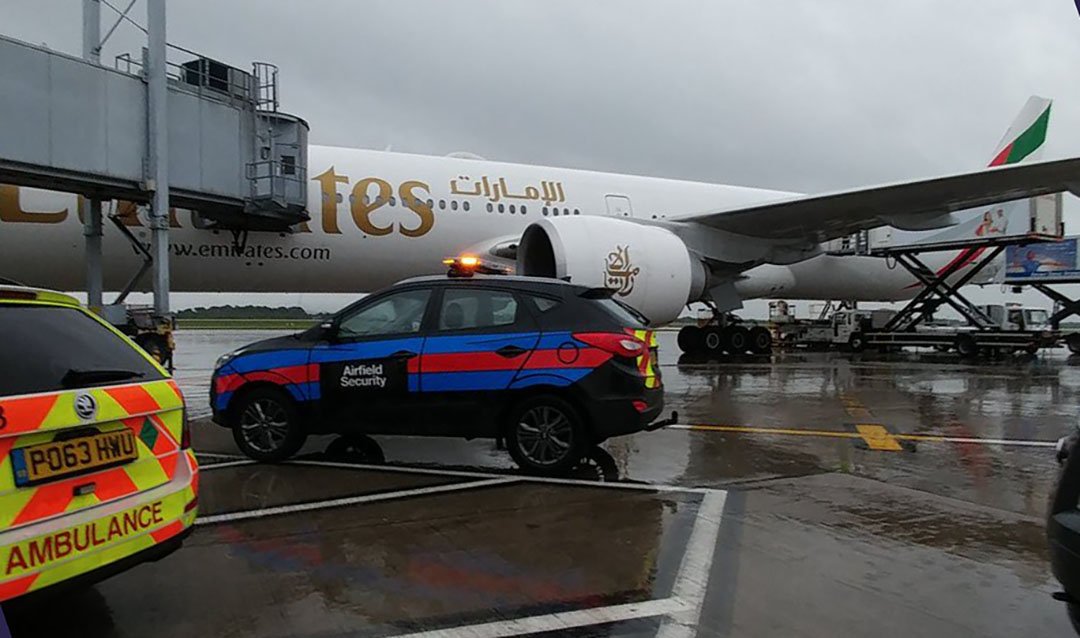 The passenger was already ill when boarding at Dubai International Airport (DXB) and still had pulse when Emirates flight EK21 landed in Manchester but died moments later.

The victim was Pakistani, about 35 to 45 years old and was traveling with a friend.