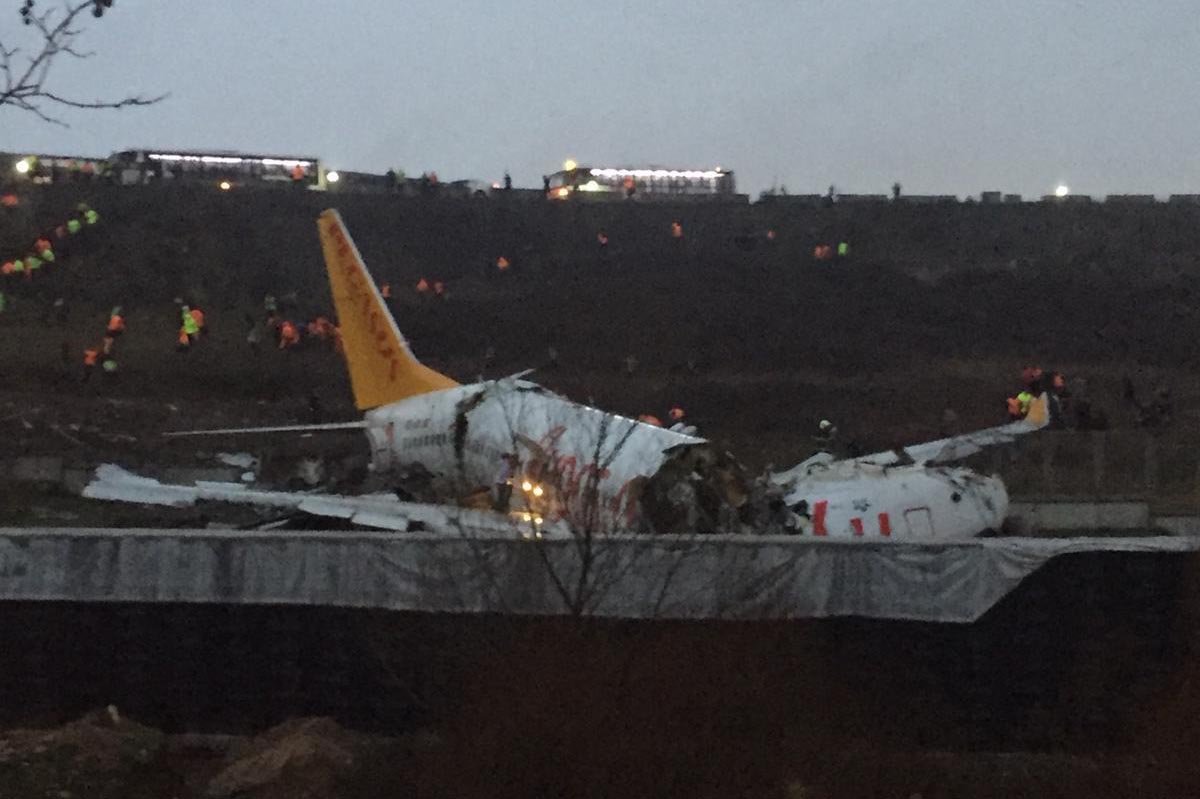 A Pegasus Boeing 737 has crashed at Sabiha Gökçen Airport, Turkey.

A Boeing 737-800 skidded off the runway and burst into flames at an Istanbul airport on Wednesday afternoon.

The internal flight #PC2193 from Izmir-Istanbul was touching down at Sabiha Gokcen airport in Turkey’s capital when the plane overshot the runway 06.

Television footage shows serious damage to the fuselage, with passengers being evacuated through the cracks.

The Boeing 737-800 (reg. TC-IZK) belonging to Pegagus airlines arrived from the city of Izmir, private NTV television reported. NTV television said the plane skidded off the runway and crashed into a road.

Turkish media report that the botched landing caused damage to the aircraft’s fuselage. The fuselage appears to have broken into three pieces.