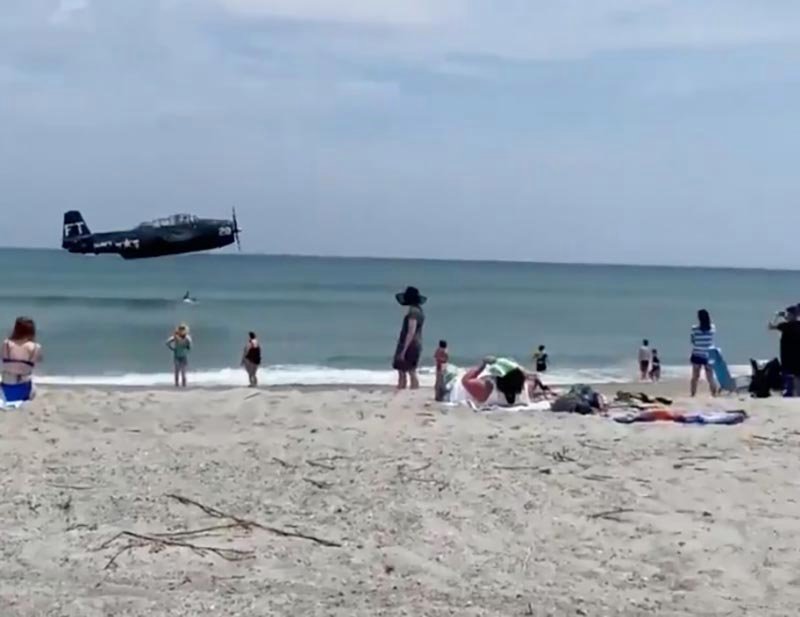 A World War II-era plane taking part in the Cocoa Beach Air Show made an emergency landing in the waters just off the Patrick Space Force Base beaches on Saturday afternoon.

A video posted to Twitter on Saturday afternoon showed the single-engine TBM Avenger make a “soft” landing in the shallow waters near Cocoa Beach. In the footage, the plane descends low in a controlled fashion before coming to a skidding halt in the water, sending up spray and foam.

In another video captured by Melanie Schrader of Eau Gallie, the plane’s single propeller can be seen not spinning as it glides toward the shallow waters. Dozens of people in the water look up as it passes close overhead and bystanders express shock as they watch the small aircraft make its descent.

No one was struck as the plane landed safely on the surface of the water.