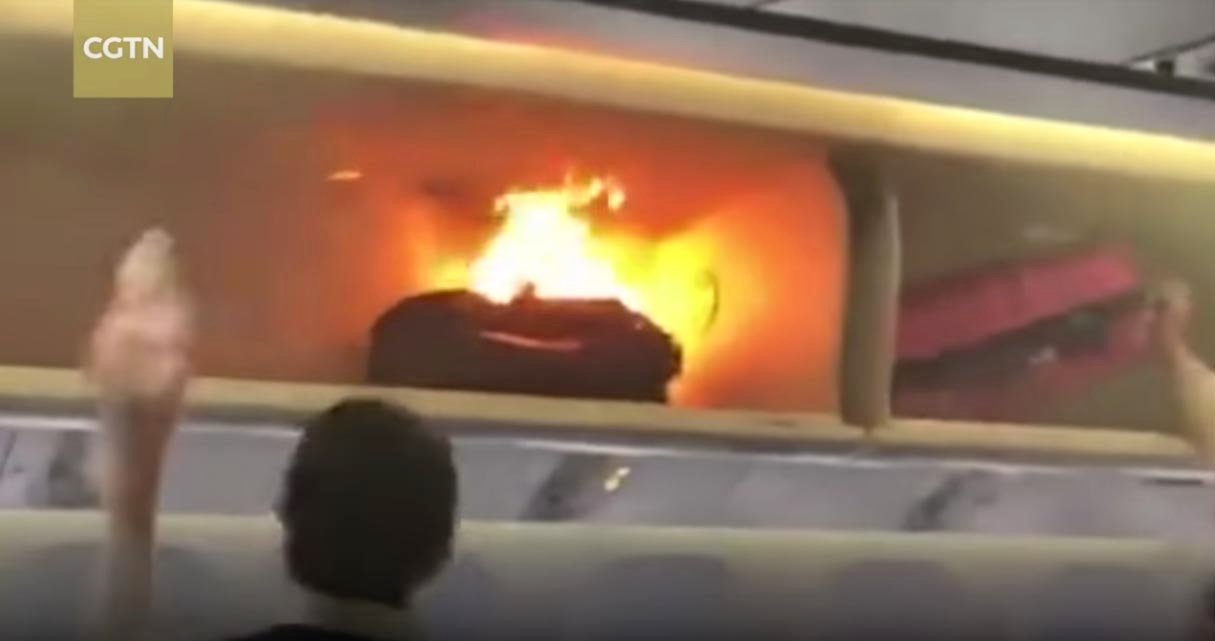 Passengers on a China Southern Airlines flight from Guangzhou to Shanghai on Sunday had to disembark when a power bank caught fire in the overhead compartment.

China Southern Airlines said in a statement on Chinese microblogging site Weibo that passengers were boarding flight #CZ3539 when smoke and fire was seen coming from a passenger’s bag in the overhead bin.

Video of the incident posted on social media shows a flight attendant and a passenger dousing the fire with what appears to be bottles of water and juice.

The fire did not cause further damage, the airline said.

The passenger who owned the bag was taken to assist the police in investigations, and preliminary investigations show that the power bank was not in use when it caught fire, the airline added.