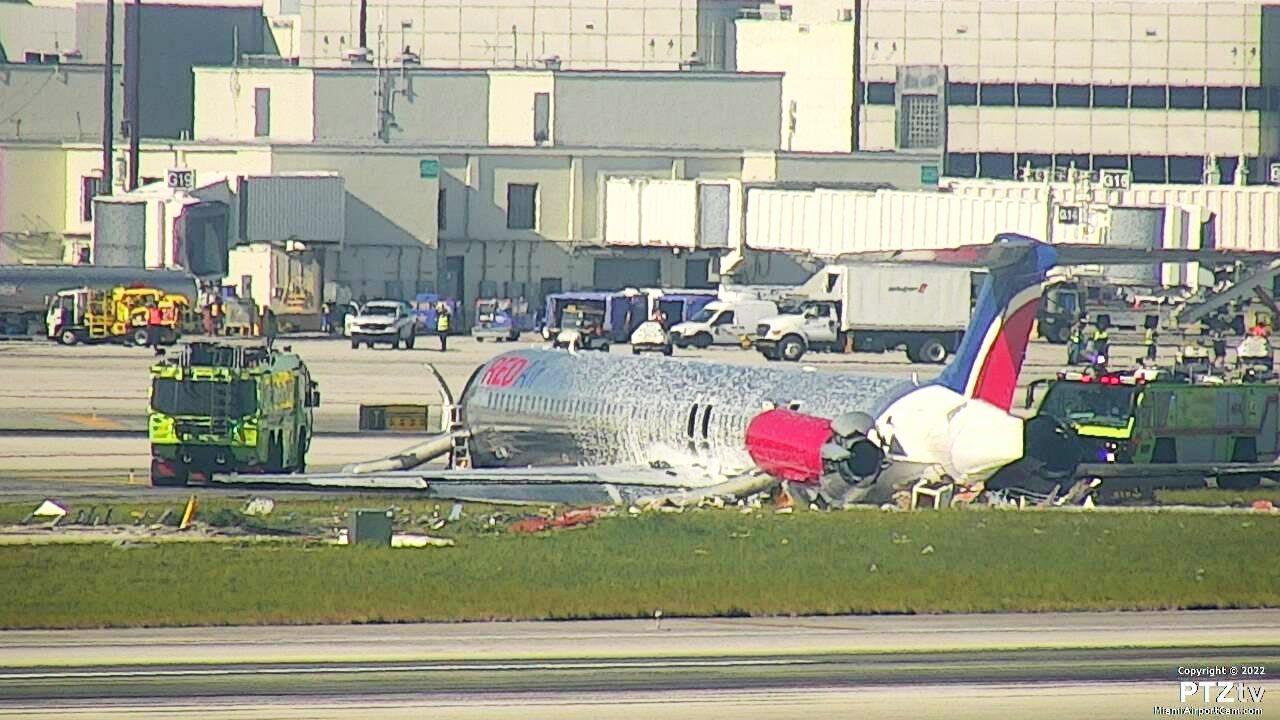 A plane arriving from Santo Domingo at Miami International Airport caught on fire after it made a crash landing, tearing through a communications tower and a small building.

The Red Air civilian transport aircraft made an emergency landing at around 5:30 p.m., Tuesday, after attempting to land at the airport and something went potentially wrong with the landing gear.

About 140 people and 11 crew members were on board the plane.

The MD-82 collided with several objects and steered off the runaway into the grassy area between the runway and the taxi way.

A communications/radar tower that was standing in its path was taken out by the plane, along with a small building in the area. The tower could be seen wrapped around the right wing of the plane, where the fire also ignited.

Fire rescue crews responded to the scene and were able to quickly douse out the fire using foam trucks.

The plane was evacuated.

Those on board the plane appeared to be in good shape. However, according to reports, apparently four people suffered minor injuries, two of whom were transported to the hospital.

It remains unclear if problems with the landing gear happened before or when it landed.