BREAKING A small plane has crashed into several homes near San Diego, California 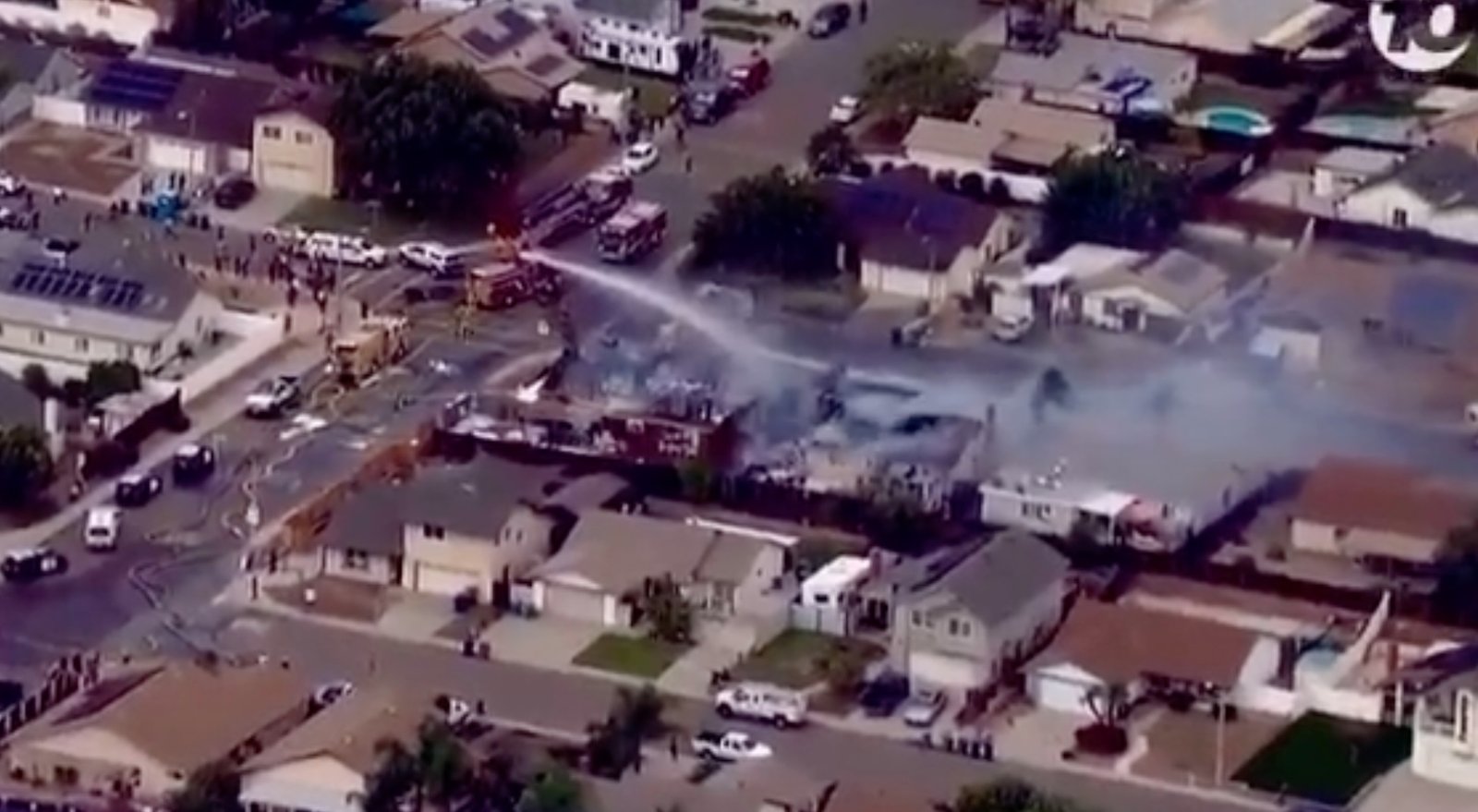 An aircraft has crashed near near San Diego, California.

Fire crews are tackling fires on the ground, and at least two people have been injured.

The plane crashed down onto a residential street in Santee, a suburban area of San Diego County, early on Monday afternoon.

A small plane has crashed, possibly hitting a delivery truck, near the campus of Santana High School in the Santee area.

The crash has sparked a fire that has heavily damaged two homes.

No confirmation of any injuries at this time.

Footage from the scene suggests that a number of buildings were destroyed in the crash, which took place just blocks from a high school.

All the school’s students were reported safe, though lockdown measures were briefly put in place on campus. Meanwhile, photos shared on social media showed a devastated crash site, and a plume of black smoke rising into the air.