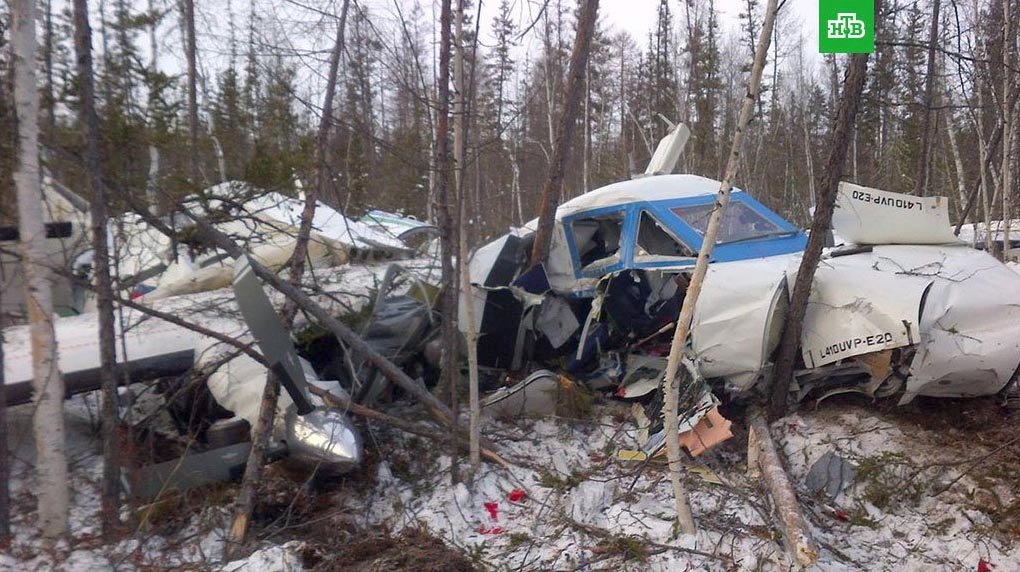 “According to updated information, six people were killed in the crash, including two crew members. The three-year-old girl was saved,” the spokesman said.
The girl will be taken to a regional hospital by helicopter.

“At the moment, the girl is in a stable condition, she is in a hospital of the Nelkan village,” head of the main department for information policy and public relations of the regional government Svetlana Litvinova said.

The plane was carrying two pilots and five passengers. The bodies of six persons have been retrieved from the plane’s debris.

The plane (reg. RA-67047), en route from the region’s administrative center of Khabarovsk to the village of Nelkan, crashed while landing. The plane was owned by the Khabarovsk Airlines.

“Among the priority causes of the crash considered is a pilot error and a technical failure,” an aviation source told TASS.

According to the regional department of the Russian Emergencies Ministry, the plane crashed two kilometers away from the airport in the settlement of Nelkan.

Initial reports about the accident surfaced at about 13:30 local time (06:30 Moscow time).

An anonymous emergencies source earlier told TASS that the plane failed to establish contact with air traffic control and vanished from radar screens while performing a landing attempt.

The Let L-410 Turbolet is a Czech-made 19-seat aircraft manufactured by Let Kunovice. More than 1,100 such planes have been produced in various modifications since the aircraft first entered service in 1971, and 862 of them were supplied to the Soviet Union.