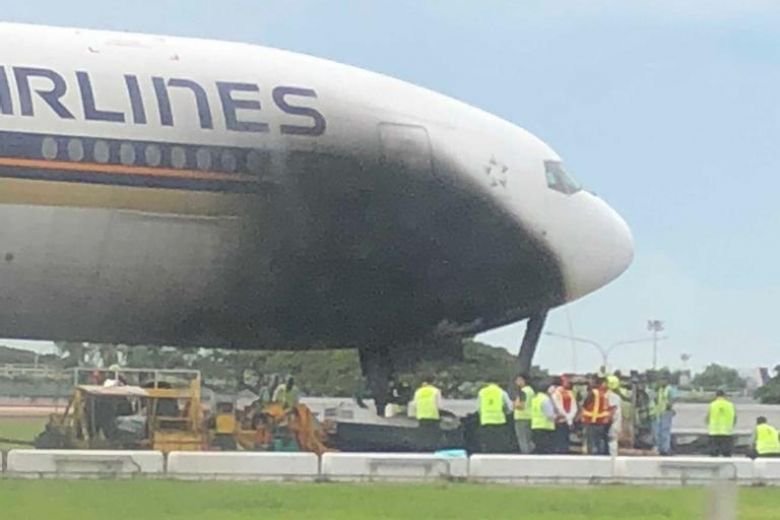 A tow tug caught fire as it was pulling a Singapore Airlines Boeing 777-200 to a departure gate at Singapore Changi Airport at around 4am on Wednesday (Nov 29).

There were no passengers on board the aircraft at the time, SIA’s spokesman said.

The plane was being moved from a remote parking bay to Terminal 3 for a flight.

A member of the towing crew, who was in the cockpit at the time, evacuated via an emergency slide.

SIA said it was working closely with the authorities as well as SIA Engineering Company to investigate the incident.