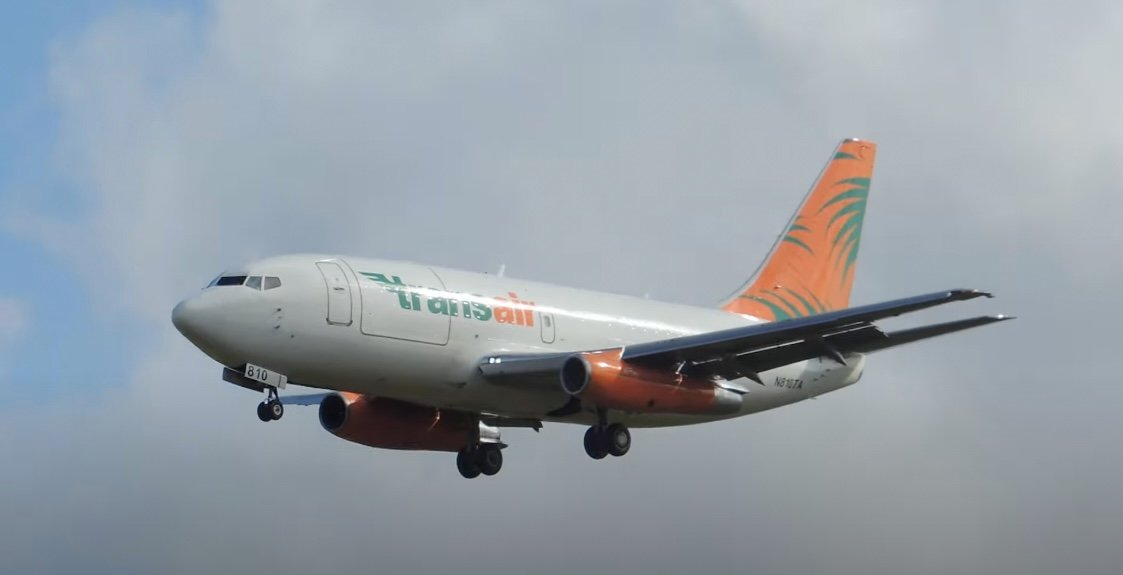 Transair Boeing Boeing 737-200C reported to have ditched 2 miles off the coast while returning to Honolulu Airport a few minutes after take-off on flight #T4810 with two pilots on board.

A cargo plane made an emergency landing in the Pacific Ocean off the coast of Hawaii on Friday morning and both people on board have been rescued.

The Federal Aviation Administration said in a statement that the pilots of the Transair Flight 810 had reported engine trouble and were attempting to return to Honolulu when they were forced to land the Boeing 737 cargo aircraft in the water around 2:30 a.m.

“We’ve lost number one engine and we’re coming straight to the airport. We’re pretty low on speed. It doesn’t look good,” one of the pilots told air traffic controllers, according to audio recordings.

“Are you able to climb at all?” a controller can be heard asking. “Negative,” one of the pilots responds. 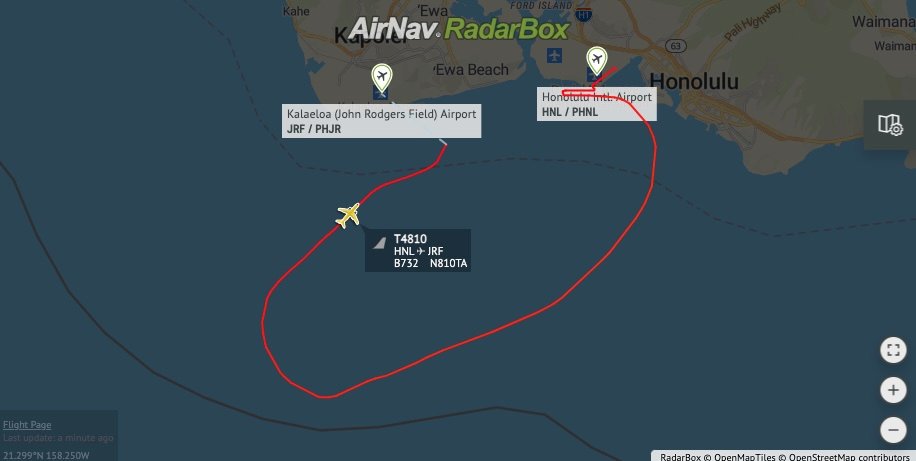 Hawaii News Now reported that the crash happened about 2 miles off Kalaeloa Airport. The FAA and the National Transportation Safety Board will investigate.

The FAA released the following statement:

Transair Flight 810, a Boeing 737 cargo aircraft with two people aboard, made an emergency landing in the ocean off the coast of Honolulu, Hawaii, around 2:30 a.m. local time on Friday. The pilots had reported engine trouble and were attempting to return to Honolulu when they were forced to land the aircraft in the water. According to preliminary information, the U.S. Coast Guard rescued both crew members. The FAA and National Transportation Safety Board will investigate.