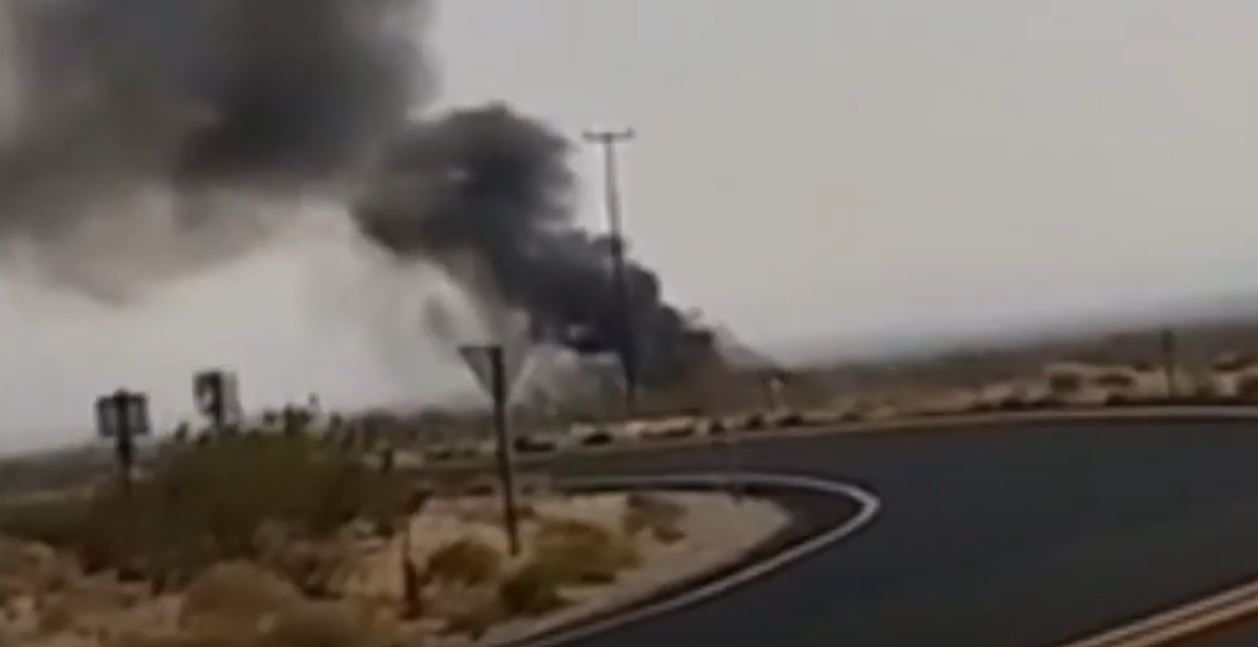 The U.S. Naval Air Station in Lemoore announced that the crash near China Lake happened during a routine training flight and the pilot was able to safely eject from the jet.

Officials said the pilot was taken to a nearby medical facility for examination and the U.S. Navy is cooperating fully with local authorities.

Reports of the crash first emerged around 10:30 AM local time. The fighter came down in California’s Kern County near the junction of Highway 178 and Highway 14.

There are unconfirmed reports that the plane may have been carrying live munitions at the time of the mishap.

Firefighters and members of the California Highway Patrol are on the scene, according to local media, and a response team from China Lake has also reportedly been activated.