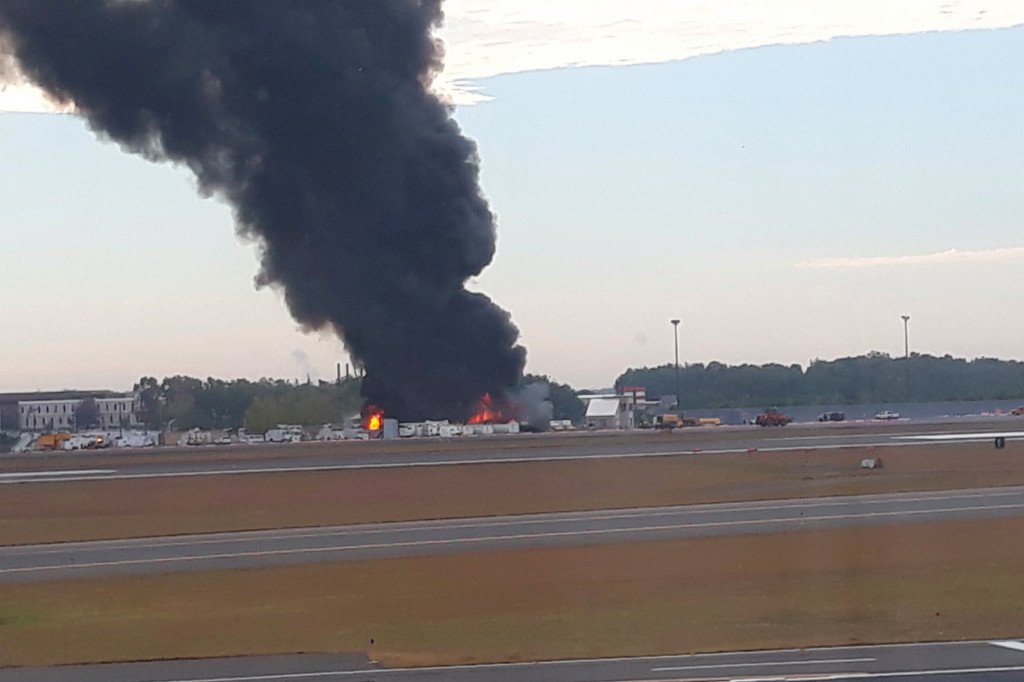 A vintage World War II plane crashed and erupted into flames on Wednesday morning after it slid off a runway at Bradley International Airport.

“We can confirm that there was an accident involving a Collings Foundation World War II aircraft this morning at Bradley Airport,” according to an airport statement.

At least six victims of the crash were taken to Hartford Hospital, a hospital spokeswoman said.

There were 13 people on board the Boeing B-17, two pilots, one attendant, and 10 passengers. Another person on the ground was injured when the plane slid off the runway and slammed into a building used to house the airport’s deicing equipment, officials said.

“We have an active fire and rescue operation underway. The airport is closed. We will issue further updates as information becomes available,” the Bradley airport statement said.

Bradley, the second-largest in New England, was closed and the FAA put in a ground stop for all flights heading towards the airport.