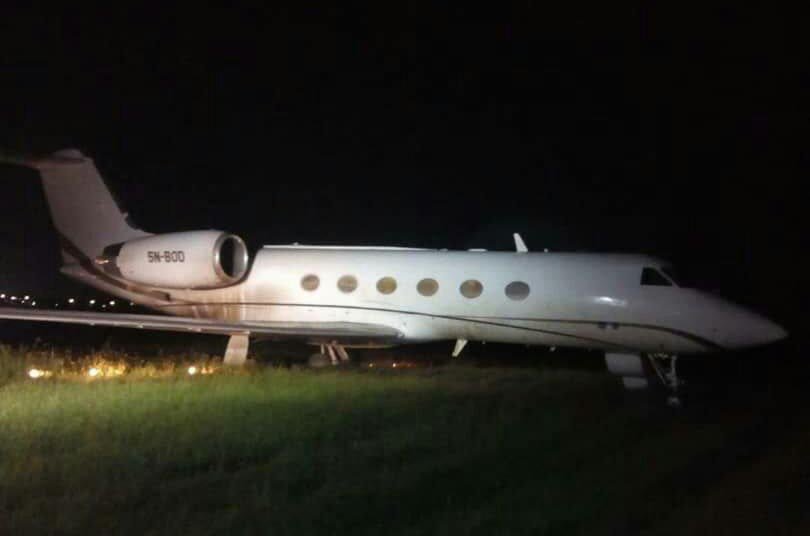 All early flights to Nnamdi Aziiwe International Airport (NAIA), Abuja, have been cancelled over overshooting of the runway by a chartered aircraft.

A Gulfstream aircraft belonging to Skybird Airline with the registration number 5N-BOD overshot the runway on Wednesday night, thereby leading to the closure of the runway by the Federal Airports Authority of Nigeria (FAAN) and the Nigerian Civil Aviation Authority (NCAA).

As of the time of filing this report, the reason for overshooting the runway by the aircraft was unknown and the airport authorities were still battling to remove the aircraft from the runway.

However, passengers who had hoped to depart Lagos for Abuja were stranded at the airport, as all flights into the Federal Capital Territory were cancelled.

Hordes of passengers were seen at the Murtala Muhammed Airport Two (MMA2), Lagos and the General Aviation Terminal (GAT).

Virtually all the local airlines have early-morning flights out of Lagos while Dana Air introduced 7am flight out of Abuja to Lagos just on Monday.