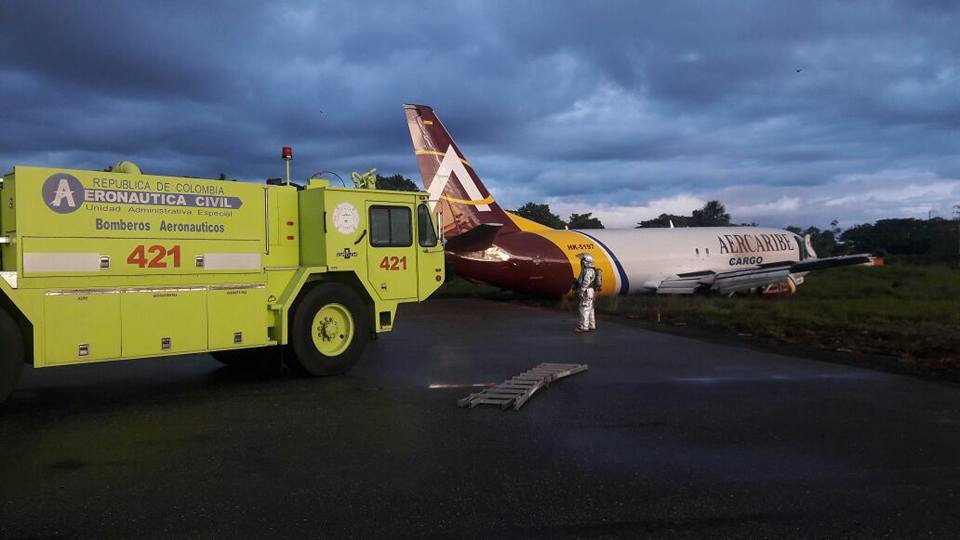 Colombian airline Aer Caribe Boeing 737 cargo suffered a serious accident on the afternoon of Saturday January 28 during landing at the Alfredo Vásquez Cobo International Airport in the city of Leticia, Amazonas.

The Boeing 737-300F (reg. HK-5197) from the Bogota skidded off runway during landing. During the accident, the landing gears collapsed. Both engines and fuselage suffered important damage from the impact. 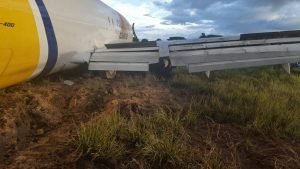 Civil Aviation and Airline personnel removed fuel from the aircraft, in order to facilitate the removal of the aircraft.

The authorities made the decision to close the runway until Sunday.