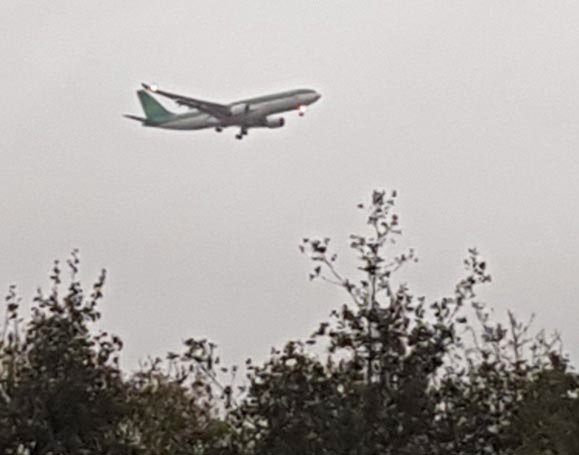 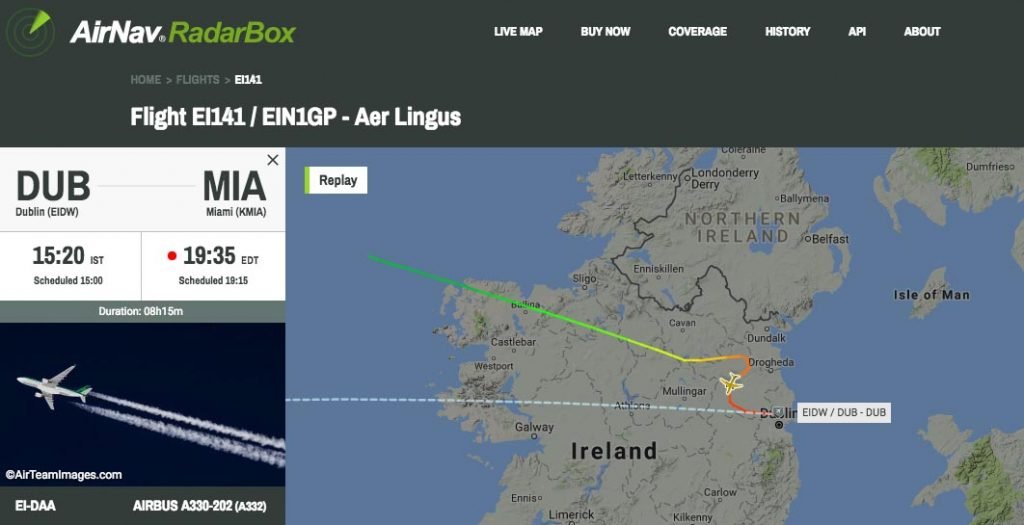 Aer Lingus flight #EI141 to Miami is doing a U-turn over Atlantic after being contacted by Shannon ATC.

According to Spotflying, the Airbus A330-200 (reg. EI-DAA) has been advised by Shannon ATC that there were tyre marks and significant damages to runway lights at Dublin Airport.

The flight took off from runway 16 at 15:20 and have been advised at 16:03 then decided to return to Dublin for inspection.

Pilot informed passengers they may have damaged a wheel after striking a light on take off.

The aircraft landed safely at Dublin at 5:35pm and was met by airport fire crews who accompanied the jet to the terminal building remaining with with it for a time. The crew confirmed to controllers that all indications were ‘normal’ after landing.

An Aer Lingus spokeswoman said: “Aer Lingus flight EI141 departed Dublin at 15:17 en route to Miami. The flight returned to base at Dublin Airport in order for a precautionary inspection of the aircraft to be carried out.”