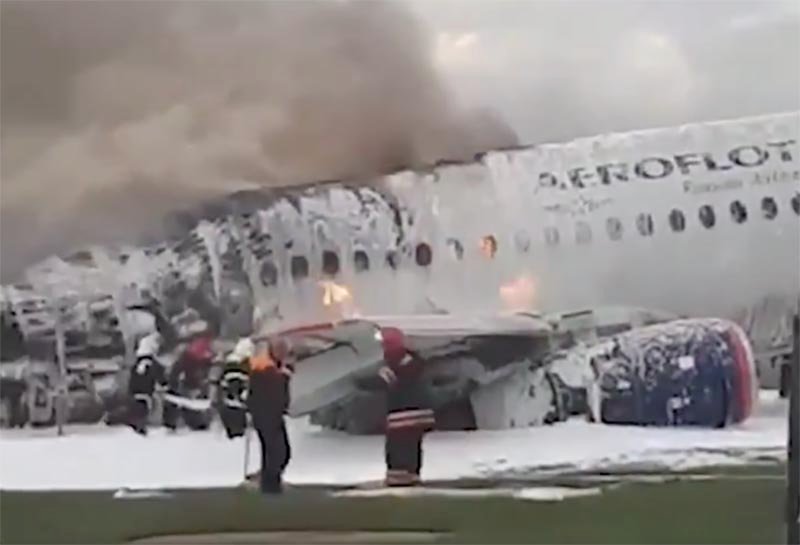 A Sukhoi Superjet 100 landed in fire at at Moscow’s Sheremetyevo Airport.

Flight #SU1492 to Murmansk declared a radio failure shortly after departure from Moscow and then a general emergency. 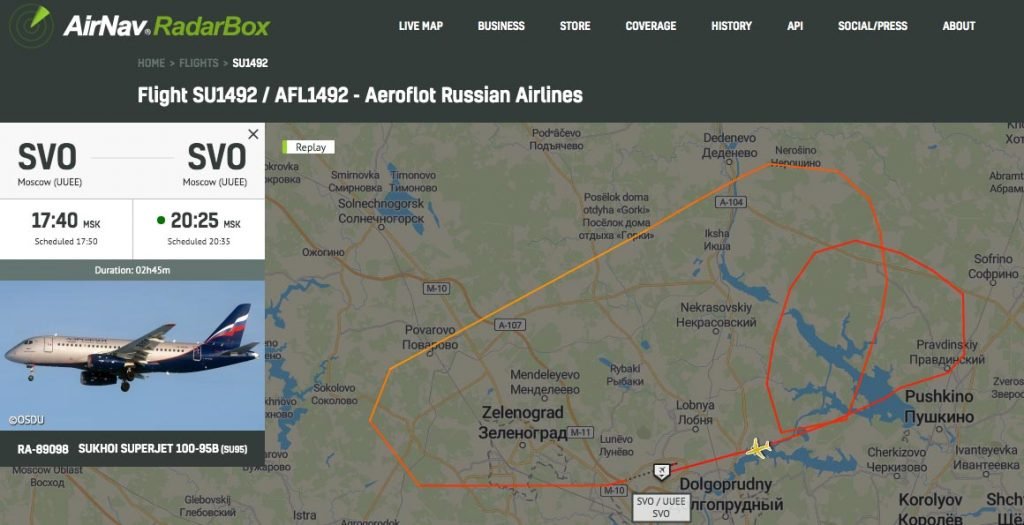 The passengers evacuated the aircraft through slides on the forward doors.