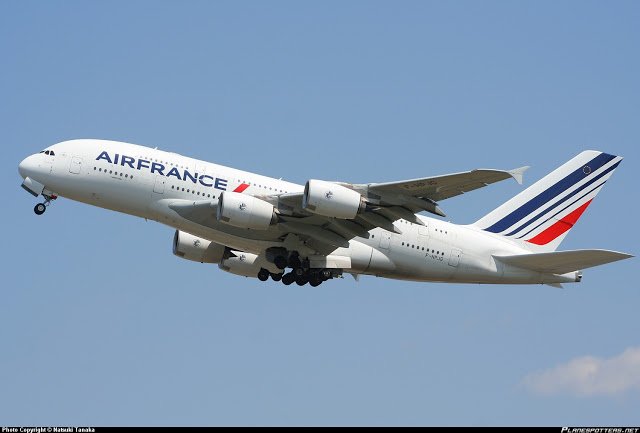 Air France flight #AF990 scheduled to take off yesterday at 23:30 finally took off at around 9:30 today. The flight declared an emergency and returned to Paris CDG due to not matching passengers/bags list. According to our source, 2 passengers were missing on board.

Air France confirms AirLive.net that the crew of flight AF990A from Paris Charles de Gaulle (CDG) to Johannesburg (JNB) on 14 October decided to apply the precautionary principle and return to Paris CDG after 45 minutes flight time for checks linked to the matching of the passenger list and the baggage loaded in the hold. Flight safety is Air France’s priority and was never questioned, as the 4 bags concerned had been scanned on departure from London Heathrow (LHR) and were in transit through Paris Charles de Gaulle (CDG). The aircraft landed safely at 11:09am at Paris CDG and the flight is scheduled to leave as soon as possible.
Live updates:

UPDATE Air France A380 #AF990 just landed runway 08L at CDG, heading to gate.
UPDATE #AF990 on approach to CDG for checks linked to matching of passengers list and bag.

UPDATE #AF990 was scheduled to take off at 2330 yesterday, delayed due to tech issue.

UPDATE #AF990 A380 is returning to Paris CDG due to 2 passengers missing on board
(checks linked to matching of passengers list and loaded bag in line with the precautionary principle).