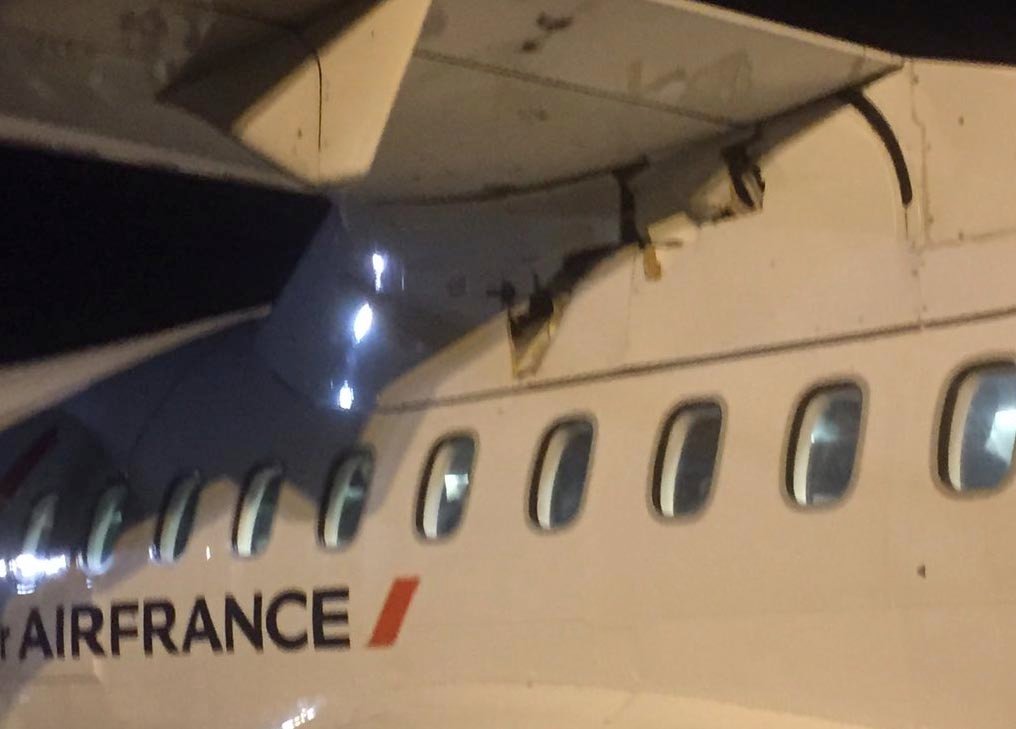 Passengers on board flight #A5235 heard a loud noise during the flight. The pilot then indicated that a goose may have been struck, as there are many migratory birds at this time or the possibility of hitting a block of ice.

When the ATR 42-500 with 48 passengers on board landed, passengers and crew discovered that the part joining fuselage and wings of the plane was substantially damaged. 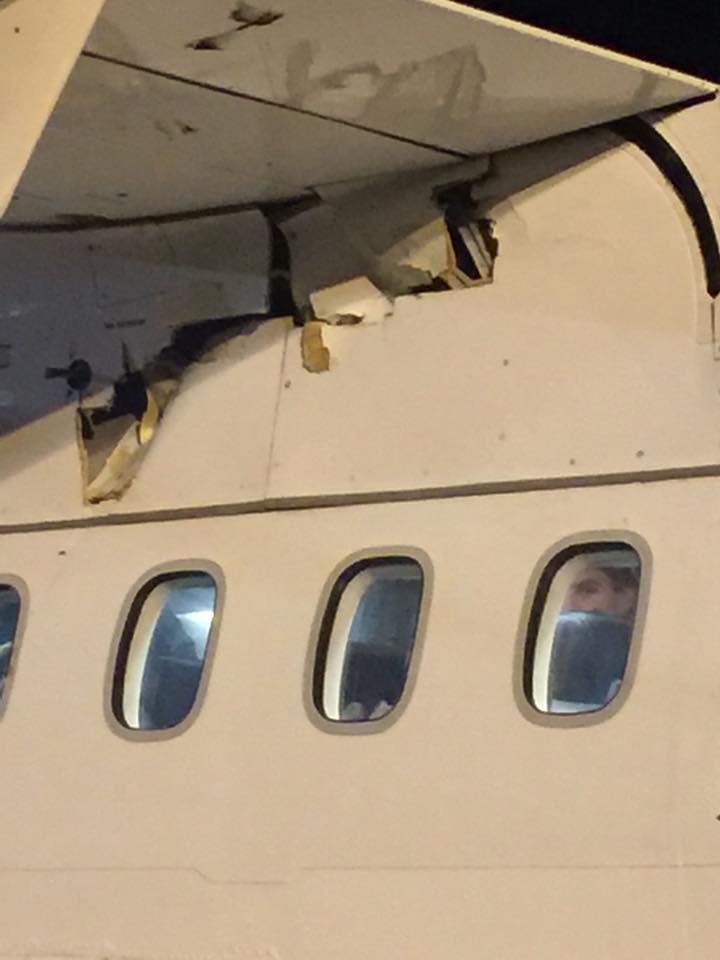 According to first reports, a piece from lading gear could have been detached during the deployment.

The return flight Aurillac-Paris on Monday was cancelled.

An investigation is underway. The plane is grounded.