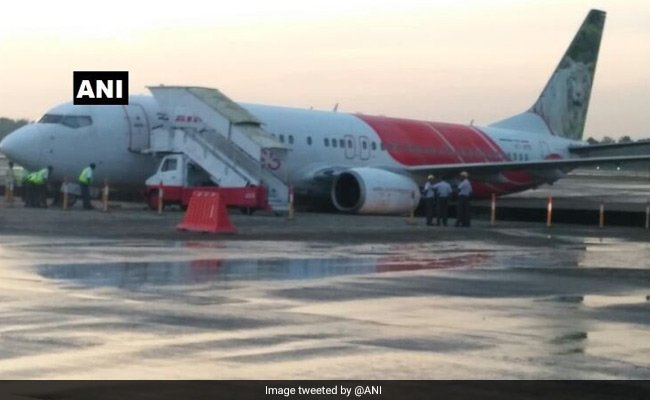 An Air India Express aircraft went off the taxiway and rolled partly into a drain after it landed around 2.40 am this morning at the Kochi airport in Kerala.

All 102 passengers were evacuated safely from the Abu Dhabi-Kochi flight with a ladder.

Airport sources say the plane took a turn too soon – about 90 metres before it was supposed to – while approaching the parking bay and went off track. Images showed a wheel of the Boeing 737-800 aircraft stuck in what appeared to be a drain.

“All passengers were evacuated through ladder. All are safe. No casualties,” a Cochin International Airport spokesperson said. 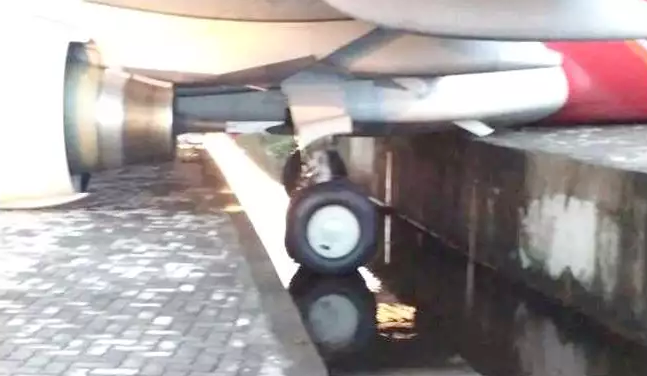 The aircraft has been grounded. An internal inquiry has started and a report has also gone to aviation regulator DGCA (Directorate General of Civil Aviation), which is investigating what happened.

Last week, an Air India flight set for take-off to San Francisco was delayed by more than nine hours over a rat loose on the plane.