BREAKING Airport Police are responding for a potentially suspicious item at terminal two of Los Angeles LAX, evacuation in progress 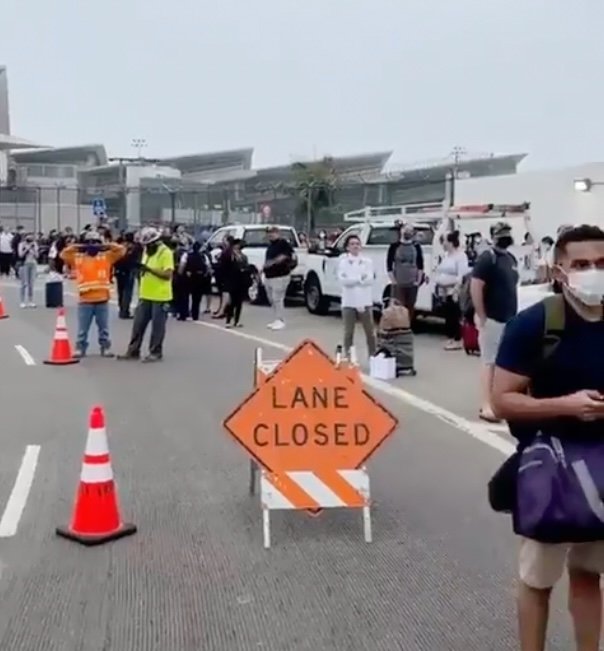 Around 7:30 a.m., Airport Police were responding to Terminal 2, which was evacuated amid the busy Fourth of July travel holiday.

Officials did not provide details on what the suspicion item was, but said police cleared it about half an hour later.

The terminal’s brief closure resulted in traffic outside the airport being temporarily closed on the upper departure level. Travelers were told to use the arrivals level.

Traffic was seen moving bumper-to-bumper even after the suspicious item was cleared.

“Airport Police and operations personnel are working hard to get everyone moving again in the central terminal area. We are deploying additional resources to help people get moving,” LAX officials tweeted.

No further details were immediately available.