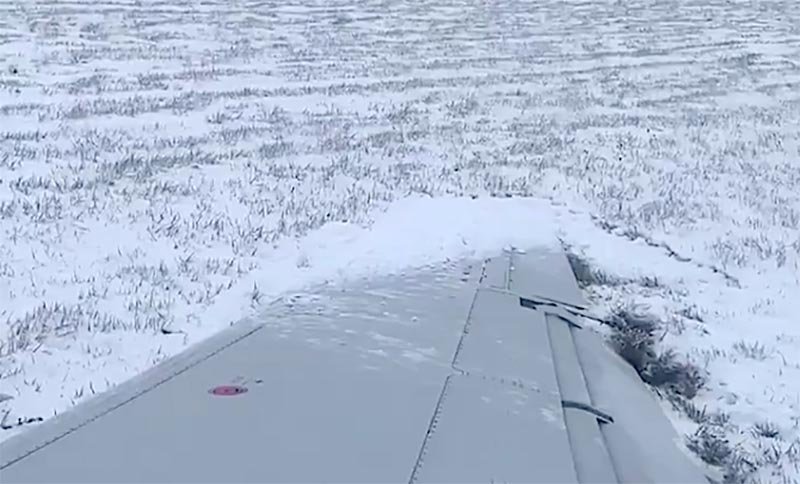 A Chicago Aviation spokesperson said the incident occurred at about 7:45 a.m. as American Eagle flight #AA4125 from Greensboro, North Carolina was landing at O’Hare.

An Embraer E-145 (reg. N619AE) slid off runway 10L as it was landing at Chicago O’Hare Airport as snow fell on area Monday morning.

According to a spokesperson, “After landing, American Eagle flight #AA4125, operated by Envoy Air, slid off the runway due to icy conditions at Chicago O’Hare. No injuries were reported. All 38 passengers and three crew members were removed from the aircraft and are now safely back in the terminal.”

The FAA issued a statement saying, “At approximately 7:45 am this morning, an Embraer 145 regional jet arriving from Greensboro, NC, landed at Chicago O’Hare International Airport on Runway 10 Left and slid off the runway while attempting to exit at Taxiway P4. The aircraft’s right main landing gear collapsed. Passengers deplaned via air stairs and were placed on a bus to the terminal. No injuries were reported. The FAA will investigate”