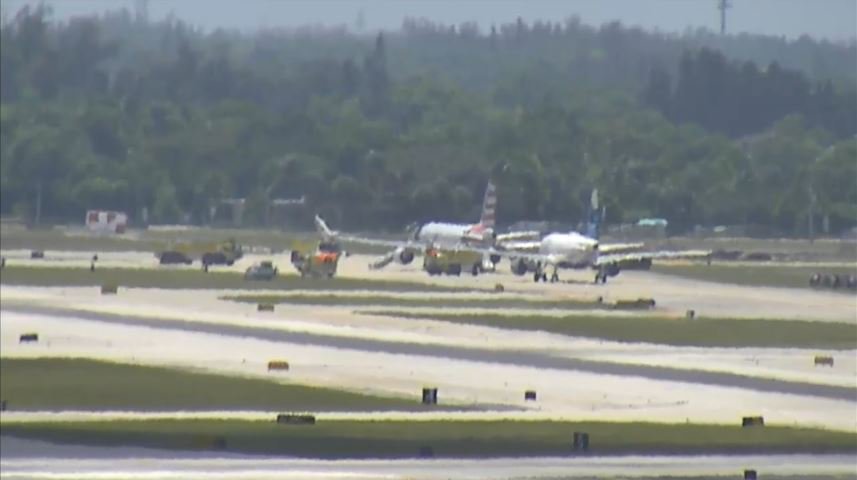 American Airlines flight 1822 Airbus A320 was evacuated on Palm Beach International’s runway on Thursday afternoon. The plane was departing for Philadelphia.

Passengers were evacuated via emergency slides while the aircraft was on taxiway C at Runway 10L.

The FAA said in a statement that no injuries have been reported.