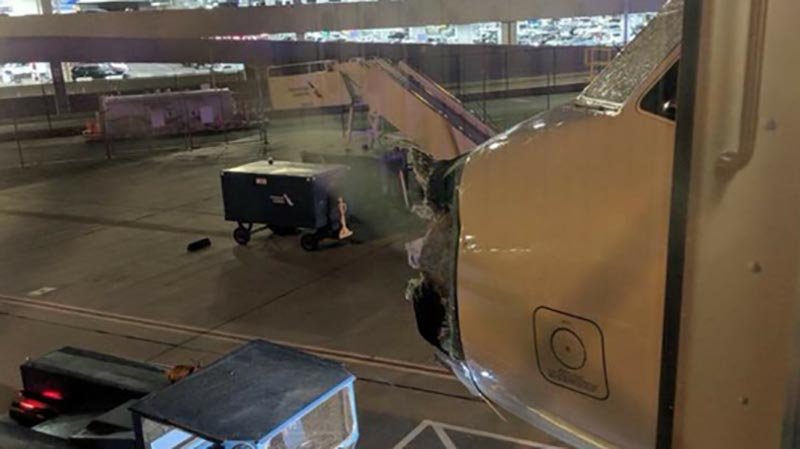 Scott Cruse posted a photo of the plane that shows the nose practically gone because of all the damage.

A flight that was headed to Phoenix from San Antonio diverted to El Paso after the plane was so damaged due to a hail storm.

American Airlines flight #AA1897 took off from San Antonio at 00:02 UTC and entered in the middle of a hail storm. The pilots declared an emergency one hour later and landed 02:03 UTC at El Paso.

The Airbus A319 (reg. N806AW) suffered important windshield and nose cone damages. The aircraft had to towed the plane back to the gate.

The 130 passengers continued their journey to Phoenix on board an other aircraft (reg. N929AN) 6 hours later.

“We commend the great work of our pilots, along with our flight attendants, who safely landed the Airbus A319 at 8:03 p.m. MT. The aircraft is currently being evaluated by our maintenance team.” American Airlines said in a statement.