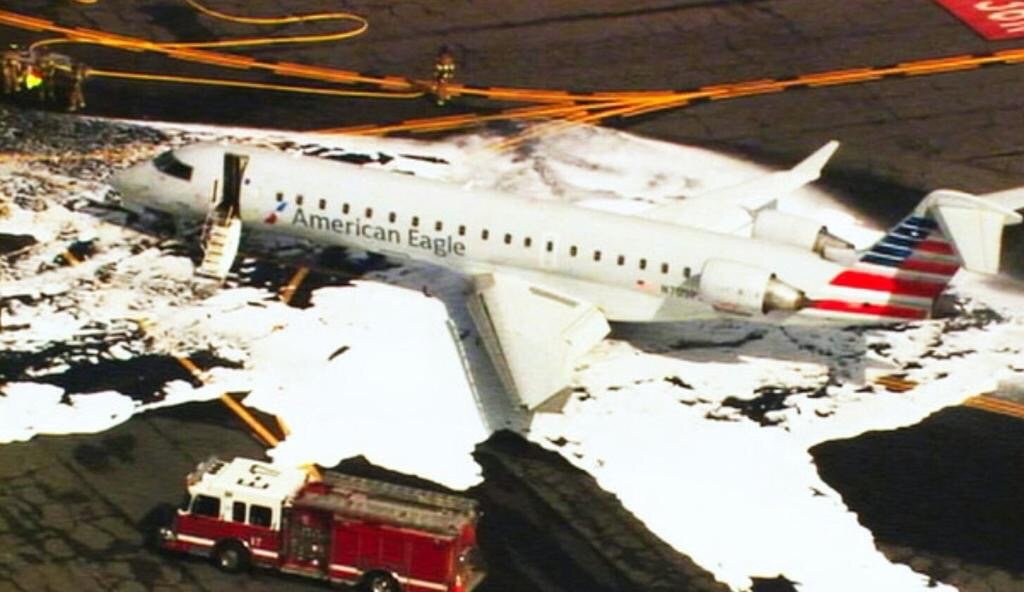 Runway 18L/36R is closed at Charlotte Airport after an American Eagle has hit a deer on runway 36R during takeoff. The aircraft returned and landed safely.

The airport is still operational and open but flight delays are expected.

The American Eagle plane was headed to Gulfport-Biloxi International Airport, in Mississippi, with 44 passengers and four crew members on board.

The Bombardier CRJ700 struck the deer during its takeoff roll.

Listen to ATC during incident at Charlotte Airport

The flight crew declared an emergency and then did a flyover so controllers on the ground could inspect it for damage prior to attempting a landing.