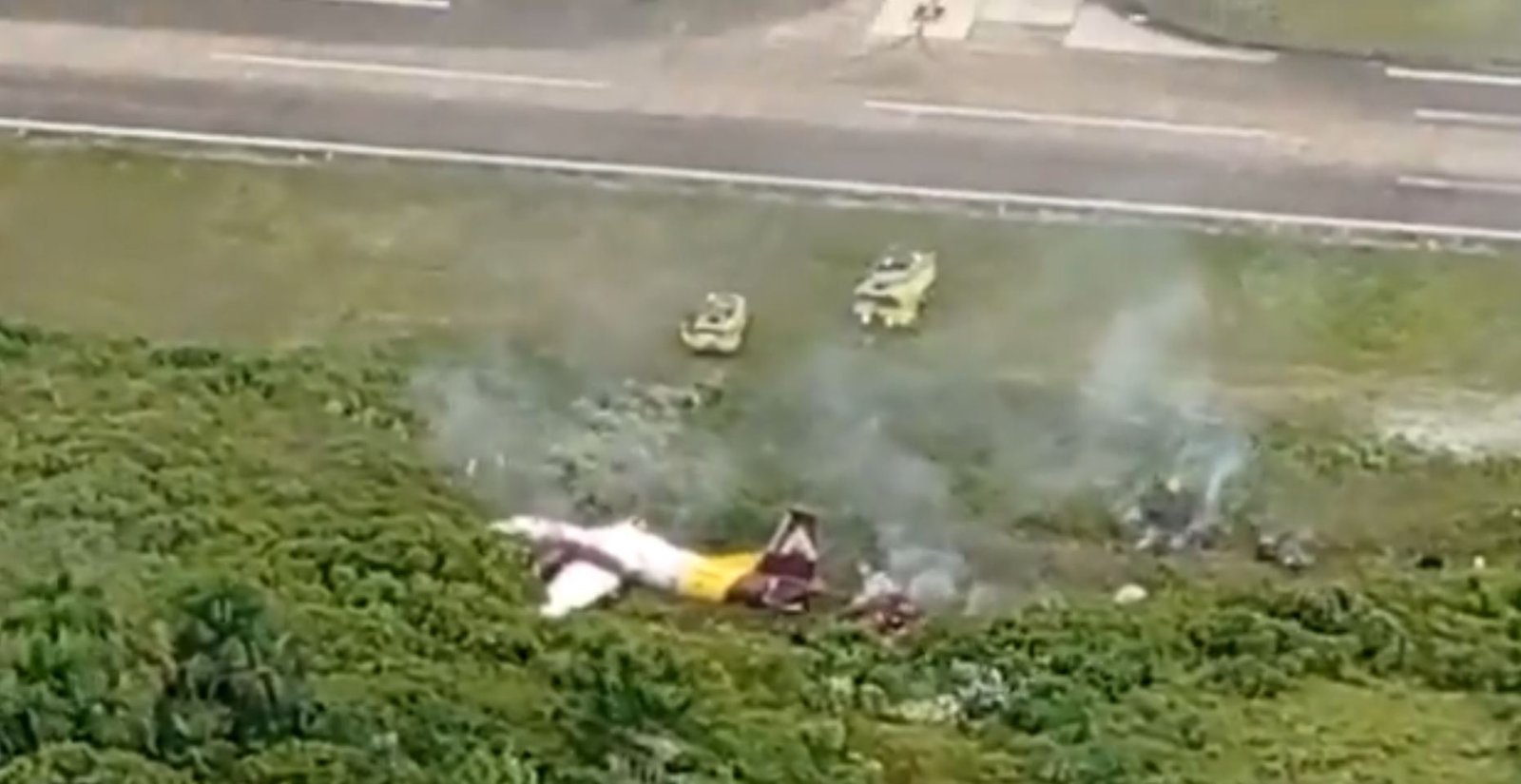 An Aer Caribe Antonov An-32 cargo plane has crashed during landing at Iquitos Airport, Peru.

Footage from the scene shows that the An-32 suffered a runway excursion at Iquitos Airport with the right wing separated from the fuselage.

The aircraft was performing a cargo flight from Lima.

The Antonov An-32 stopped on the left of the centreline of runway 06.

Smoke was seen billowing from the aircraft, two emergency vehicles rushed to the crash scene.

All crew are reported safe.