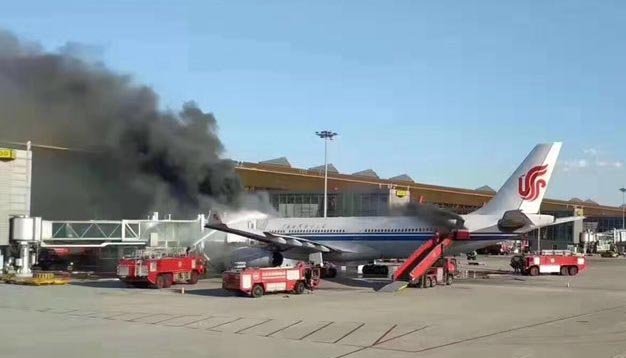 The fire was located in a front cargo holder of the Airbus A330 from Singapore. 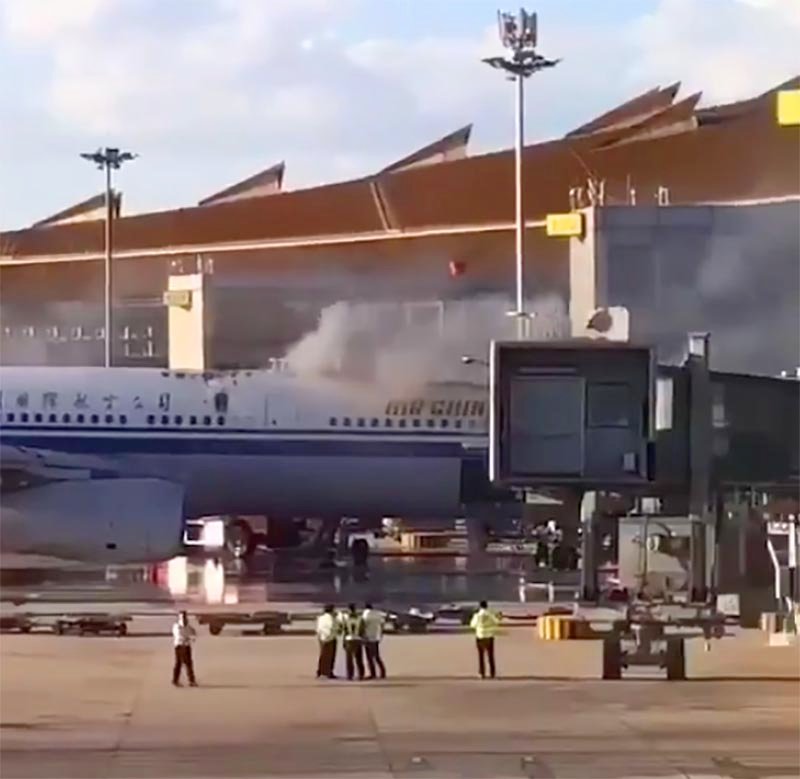 The incident occurred while passengers were boarding the aircraft (reg. B-5958) for the next flight.

The crew evacuated from the font air bridge. No injuries reported.

The Airbus A330-300 looks to be beyond repair regarding the severe damages. The aircraft was delivered in 2014.