An Air France Airbus A330 operating repatriation flight, was the target of fire by a policeman.

This aircraft was scheduled to operate a rescue flight from Pointe Noire and Bangui to Paris-Charles de Gaulle (AF4145) on Sunday 12 April 2020. 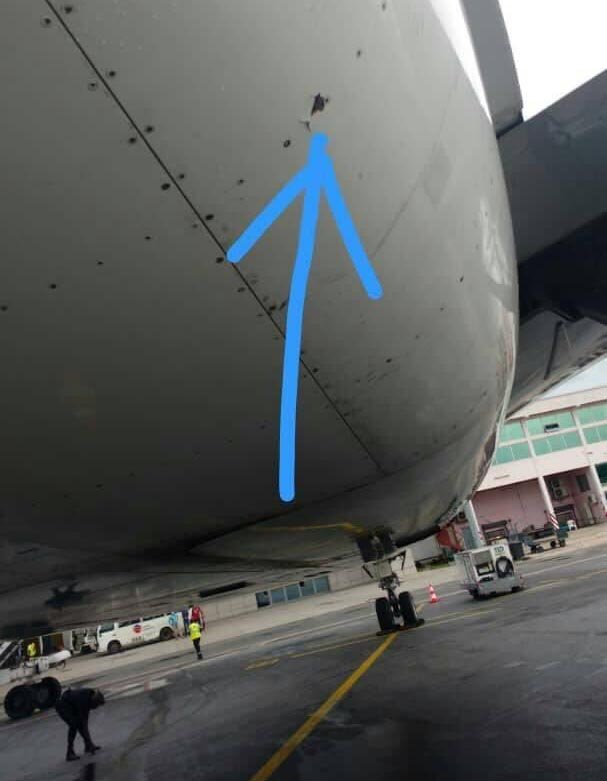 On stand at Pointe Noire with no passengers or crew on board, two shots were heard. The A330-200 (reg. F-GZCK) has suffered damages. One of the bullets punctured the fuselage with a very prominent point of impact, while the other drew a ricochet on the tarmac.

The shooter, a policeman on duty at the airport brigade, aimed his weapon at the device. He has been arrested.

Air France has filed a complaint for the damage caused to the aircraft and the local authorities have launched an investigation.

As a result, the flight initially scheduled for 10h00 (local time) has been postponed by 24 hours in order for a replacement aircraft.