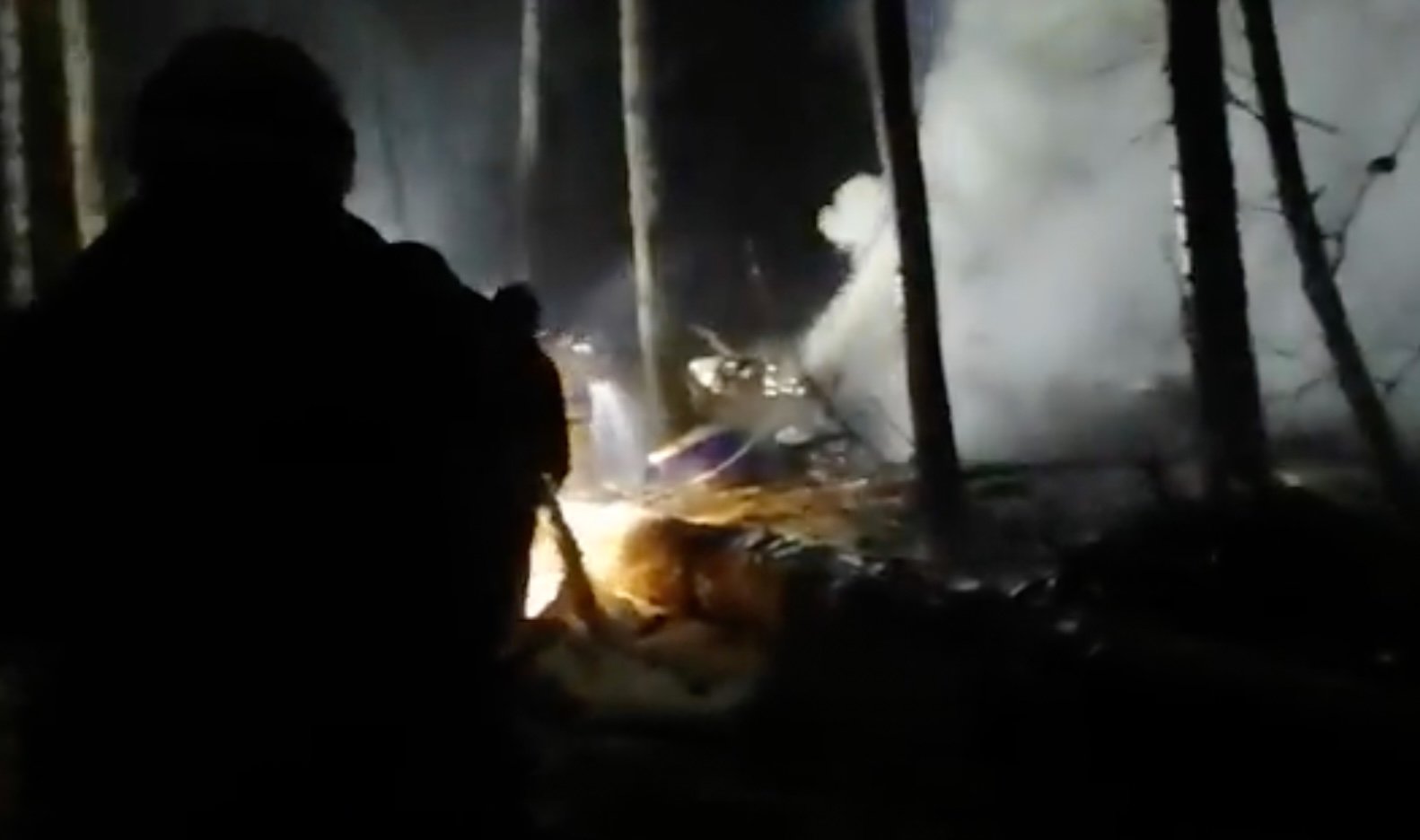 An An-12 cargo plane that crashed in the Irkutsk Region in Eastern Siberia caught fire when hitting the ground.

“The fire-fighting and rescue teams have arrived at the crash site. The plane is ablaze, the press office said.

A search and rescue and fire-fighting operation is now underway, it said.

As the emergencies services specified to TASS, the plane has been swept by fire, the grass nearby is ablaze and the fire has not been extinguished yet.

As Russia’s Emergencies Ministry reported, at 14:45 Moscow time, an An-12 cargo plane disappeared from radars while making an approach for landing 7 km from Irkutsk in the area of the settlement of Pivovarikha.

The plane was later discovered near the settlement of Pivovarikha not far from the Airport.