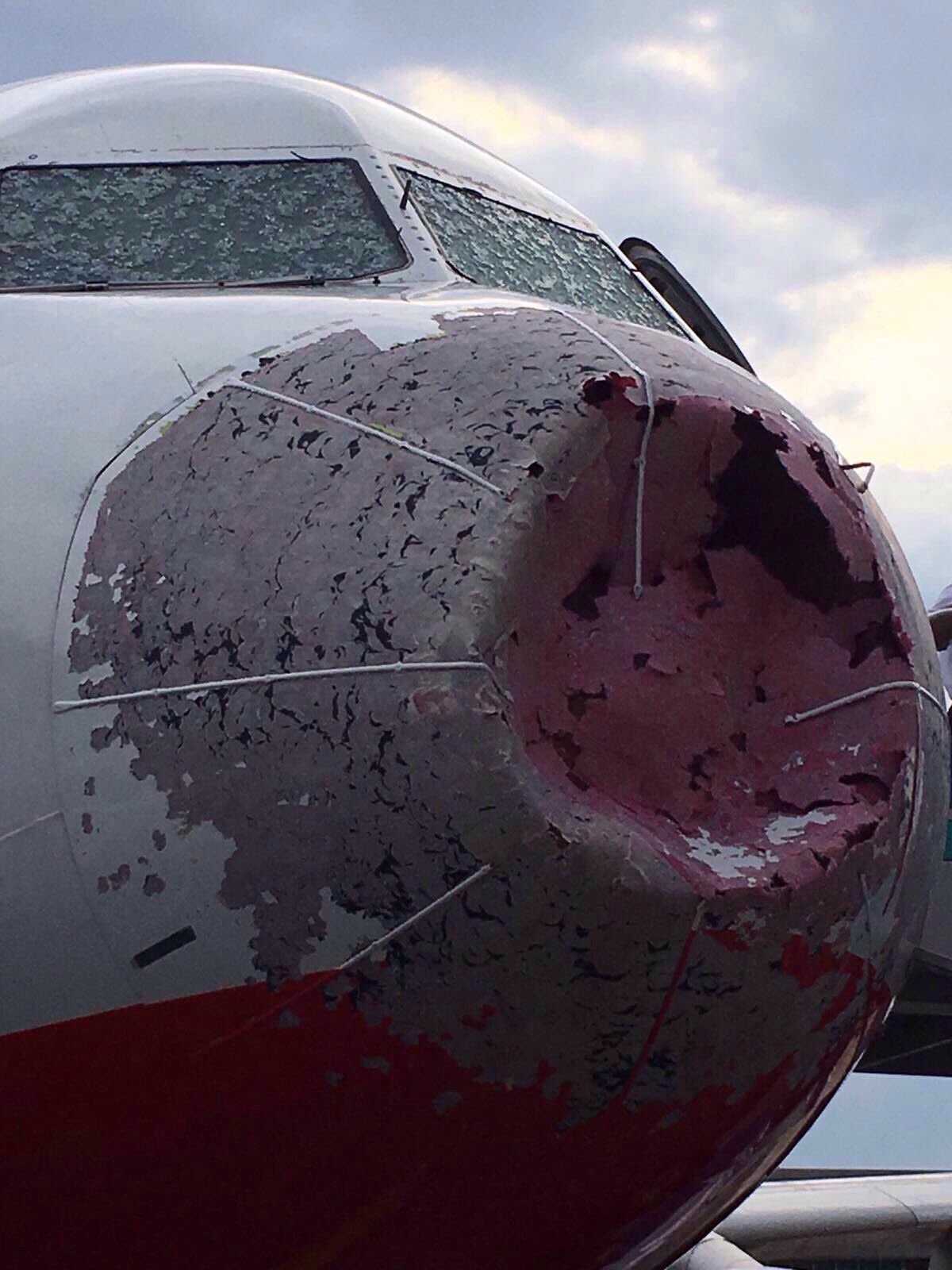 An Atlasjet flight from Istanbul to North Cyprus was damaged by hail and had to return.

The Airbus A320 departed from Istanbul Ataturk Airport when it reached 5,000 feet and was damaged by hail storm.

The windshield cracked and the radom was damaged.

The plane returned to Istanbul Atatürk Airport with 121 passengers on board. The footage of the landing is scaring.

Heavy rainfall disrupted the evening rush hour traffic, stranding vehicles in flooded streets. Delays were reported at Istanbul’s main airport as some planes were diverted to other airports.

Turkish authorities temporarily closed down the Eurasia Tunnel, which connects Istanbul’s Asian and European sides under the Bosporus strait, as a precaution.