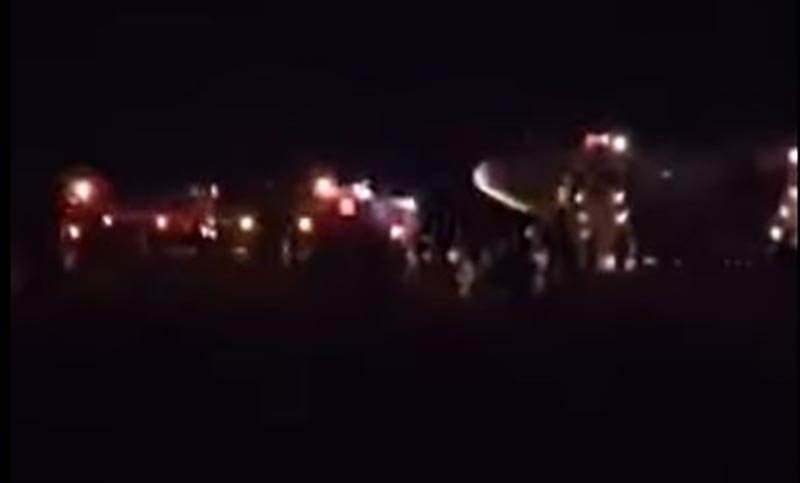 The flight #ZF2244 from Nha Trang (Vietnam) was evacuated on the taxiway via emergency slides.

341 people were on board, including 10 crew members. Emergency services responded and extinguished the fire. No injuries are being reported.

The airline has launched a probe into the incident in collaboration with the aviation authorities, the aircraft manufacturer and the airport.