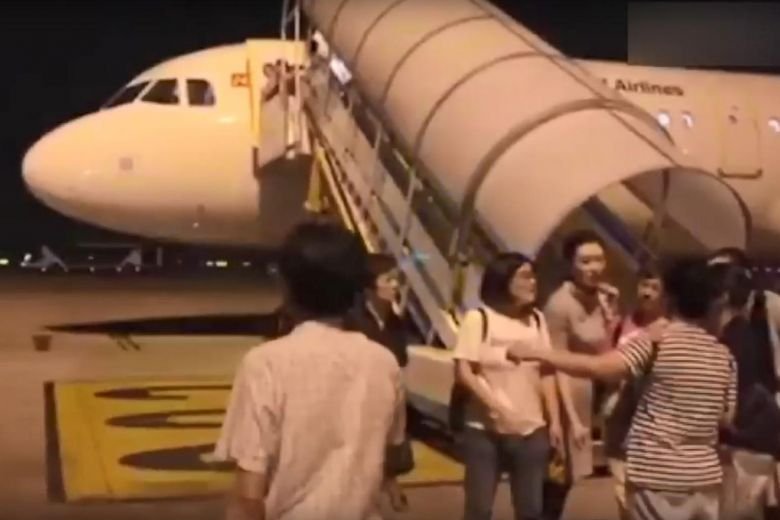 An airplane flying from China to Vietnam turned back to make an emergency landing after cracks appeared in a window.

The Beijing Capital Airlines flight #JD421 bound for Nha Trang in southern Vietnam with 211 people aboard returned to the eastern city of Hangzhou around an hour after take-off on Tuesday, the official Xinhua news agency said.

It departed Hangzhou at 3:45pm after a two-hour delay and landed back at the airport at 5:25pm.

“After an hour of flight, the plane suddenly jolted violently,” a passenger surnamed Zhang told state broadcaster CCTV. “An in-flight announcement said the plane was encountering turbulence. I have been on a lot of flights and I had never witnessed such strong turbulence. Many of the children in the cabin were scared and crying.”

There were 211 people on board the Airbus A321. So far, there are no injuries reported.

Passengers were given 400 yuan (S$84) in compensation, CCTV said. Several disgruntled passengers refused to board an alternative flight because they considered the compensation too low and were upset that the airline did not offer an apology, it said.

The head of aviation for Beijing Capital Airlines told Xinhua that cracks had appeared in a window but not the cockpit window as some passengers had claimed.