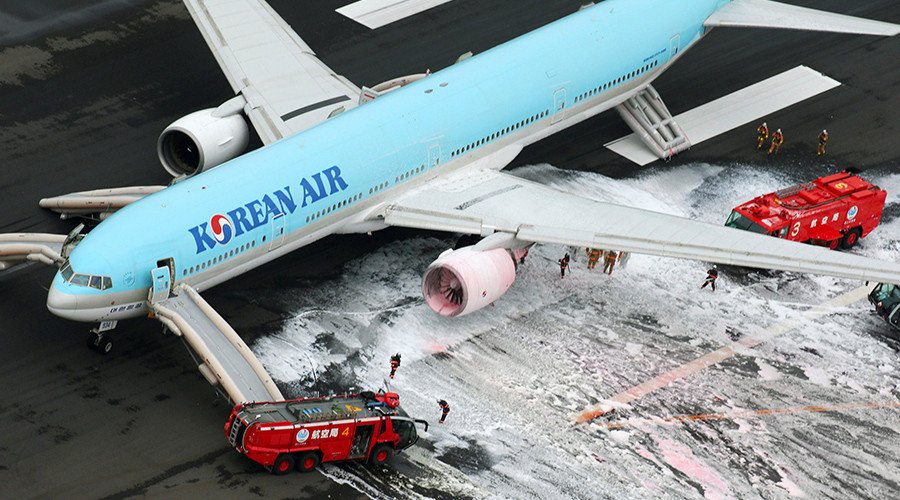 Korean Air Boeing 777-300 flight KE2708 from Tokyo Haneda to Seoul rejected takeoff due to engine N.1 fire. All four runways of Haneda were closed, causing many diversions and delays.

My friend was on the #KoreanAir flight that caught fire at Haneda: pic.twitter.com/stqKSm6sMf

The 319 passengers on board were evacuated without injuries. The fire was promptly extinguished on site, according to reports.The aircraft was powered by two Pratt & Whitney PW4000 engines.