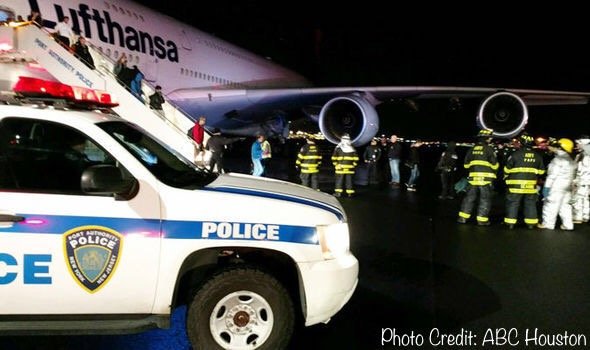 A bomb threat has forced a Frankfurt bound flight to make an emergency landing in New York tonight.

Lufthansa flight #LH441 was at 37,000 feet passing over New York from Houston when the Lufthansa headquarters recieved a bomb threat via phone.

At 19:00 CST, the pilot’s of flight LH441 elected to make a rapid decent into New York’s JFK airport.

The flight operated by an Airbus A380 landed safely in New York at 8:00pm.