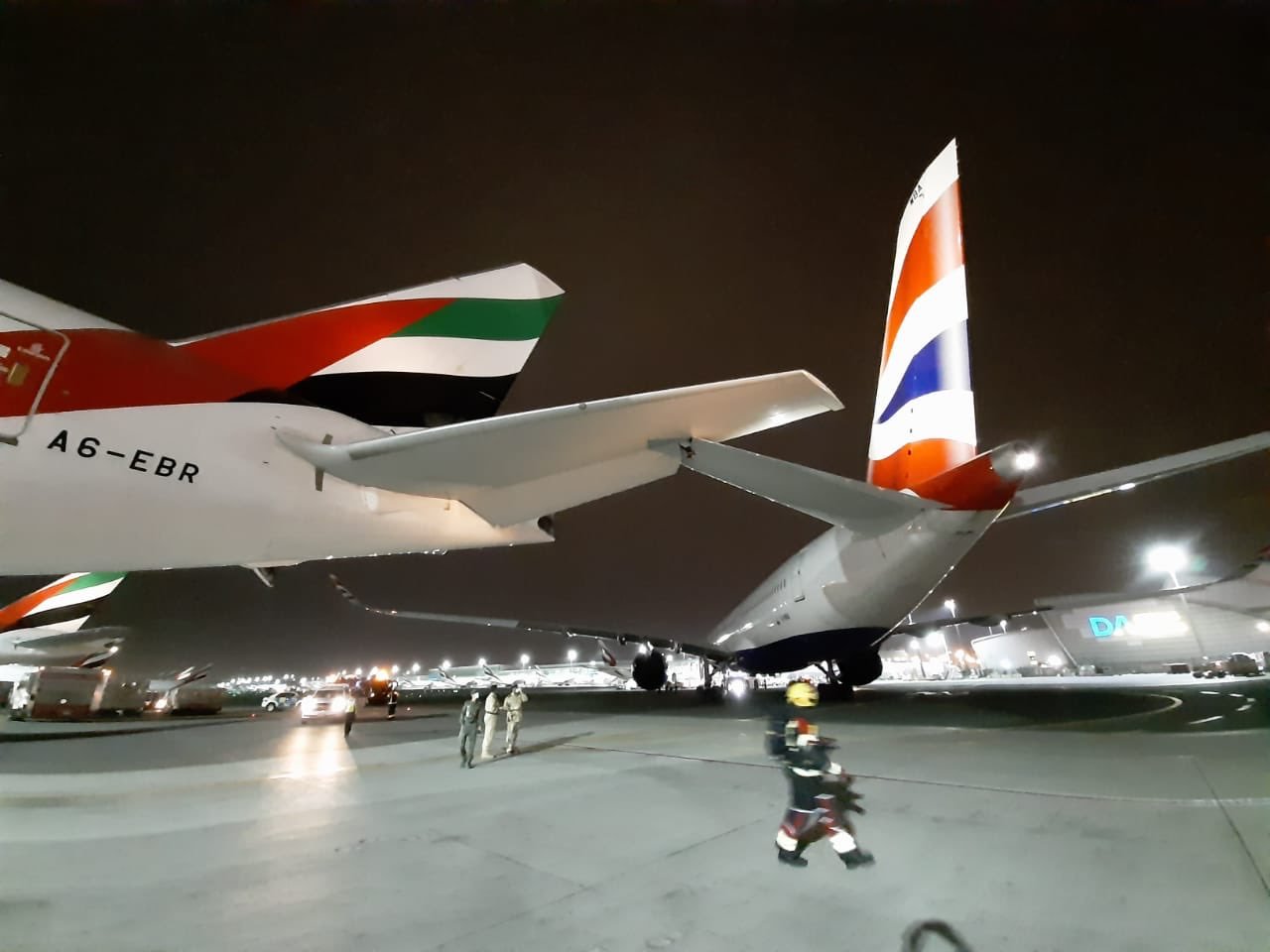 An Airbus A350 and a Boeing 777 have been damaged in ground collision at Dubai Airport. 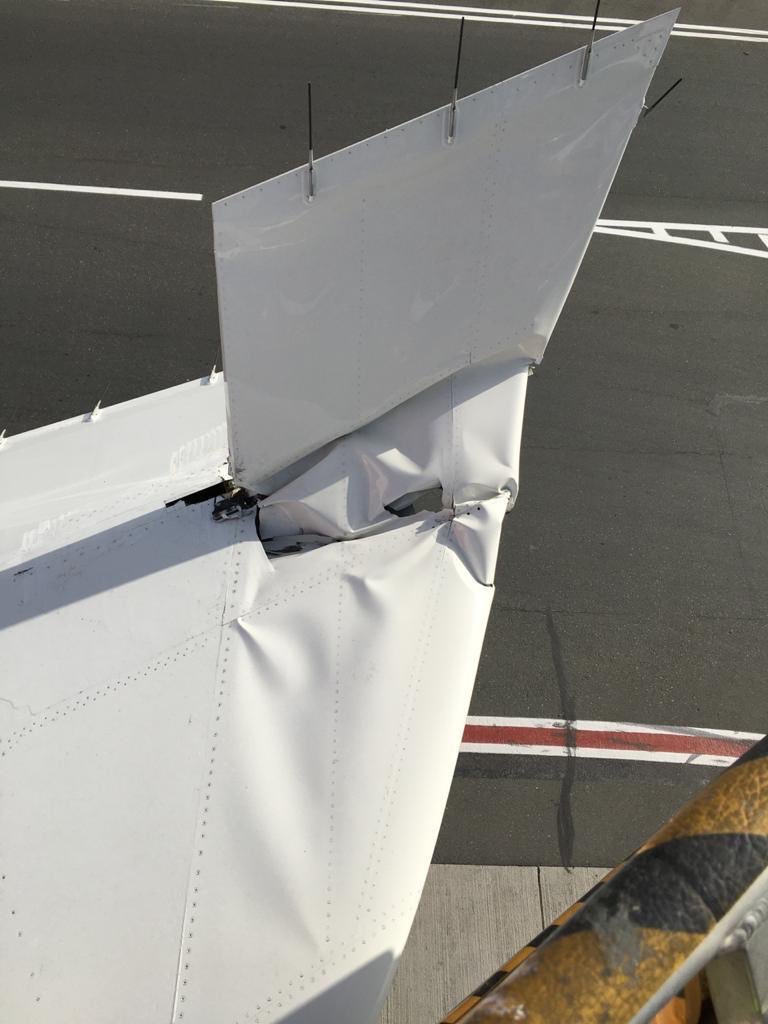 Both aircraft got their stabilizer damaged during the collision while the British Airways A350 was pushed-back.

The return flight #BA106 to London Heathrow was cancelled.