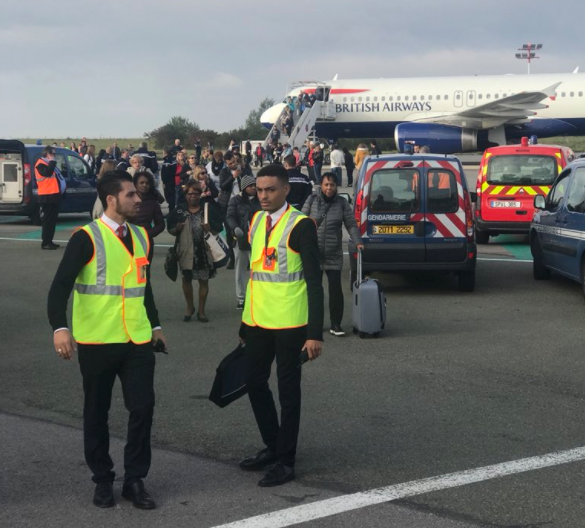 The evacuation was called at around 8am at one of France’s busiest airport – Charles de Gaulle.

British Airways passengers of an Airbus A320 (reg. G-EUYC) were flanked by armed officers and searched by sniffer dogs after a “direct security threat” sparked the sudden evacuation of a London-bound plane.

Travellers were escorted from flight #BA303 at Charles De Gaulle Airport, in Paris, this morning.

Dozens of security vehicles, armed police and firefighters surrounded the Airbus A320 as passengers were ordered to move “single file” onto the runway.

The pilot announced there had been a “direct security threat” involving the plane.

All those on the flight have since been searched by armed officers.

The plane remains on the ground and is yet to depart.

British Airways comment to AIRLIVE:
The safety and security of our customers and crew is always our top priority. Additional security checks are being carried out as a precaution. We would never operate a flight unless it is safe to do so.