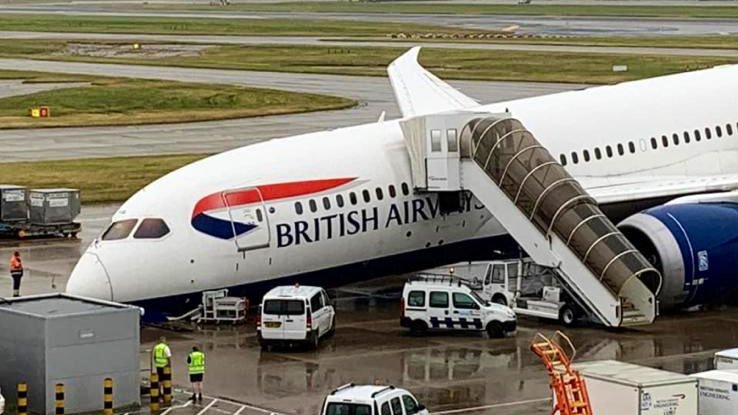 A British Airways Boeing 787 has suffered a nose gear collapse at London Heathrow Airport this morning.

Extent of the damage is currently unknown, further details will be reported once available.

The incident happened while the plane – a passenger aircraft converted for cargo transport – was being loaded for a morning flight to Frankfurt, Germany.

A British Airways spokesperson confirmed that the flight was a freight service and was not carrying passengers.

However some flight crew were onboard the plane when it collapsed.