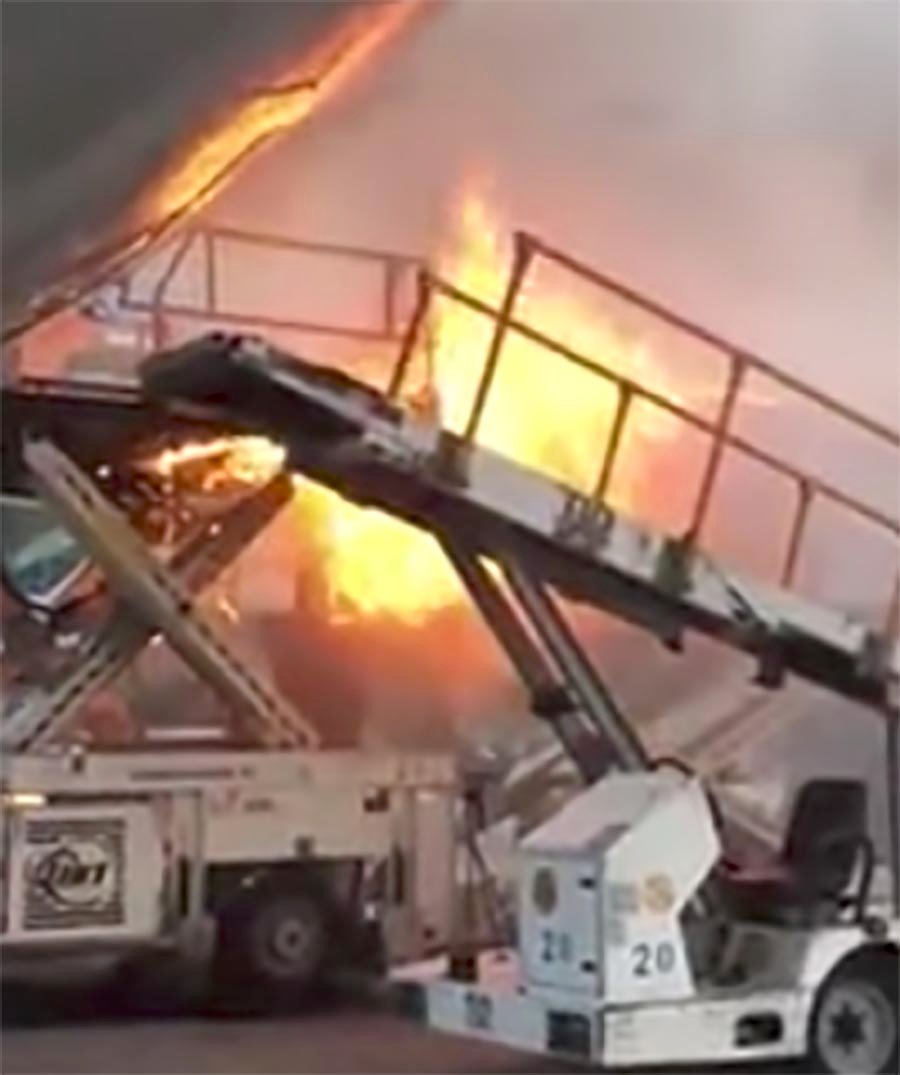 A piece of loading equipment caught fire at Hong Kong International Airport next to the plane that was due to to fly from the city to Los Angeles.

The Boeing 777 was close to the terminal shortly after 5pm local time (10am GMT) when the fire started to the left of the plane.

One man was injured as he tried to escape the flames, and is being treated for non-life threatening injuries.

According to the American Airlines website AA192, originally scheduled to take off at 6.10pm has been cancelled.

The fire was put out by firefighters as passengers watched the drama from the safety of the terminal building.