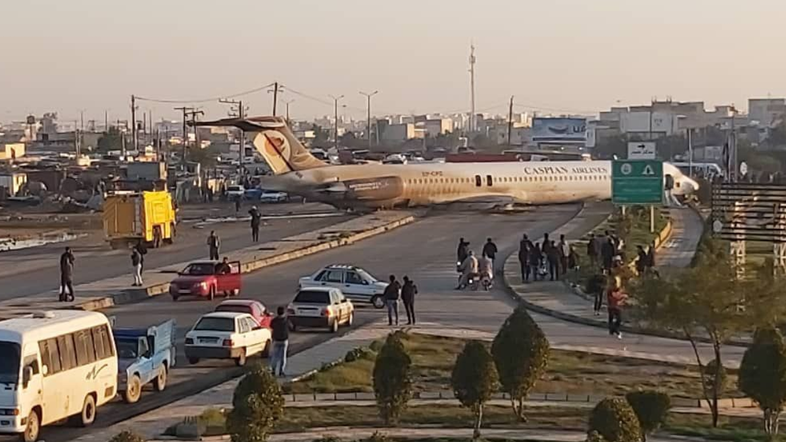 Caspian Airlines Flight 6936 took off from Tehran at around 6:44am local time and was trying to land in the city of Bandar-e Mahshahr in southwestern Khuzestan Province when it skidded off the runway on Monday, Tasnim News said.

The Caspian Airlines aircraft, which skidded off the runway and landed in the middle of the streets, was reportedly arriving from Tehran. There have been no reported injuries.

Video footage showed passengers being evacuated from the plane, which appeared to be stationary in a field near a road.

Provincial airport director Mohammad Reza Rezanian said all of the passengers had been safely taken off the plane.

Iranian state television said the plane involved in Monday’s incident came in harder than usual and lost its landing gear as it hit the tarmac. It was not immediately clear if it failed to deploy or somehow collapsed as the jet hit runway at about 9:30 a.m. local time. The accident is under investigation, officials said.