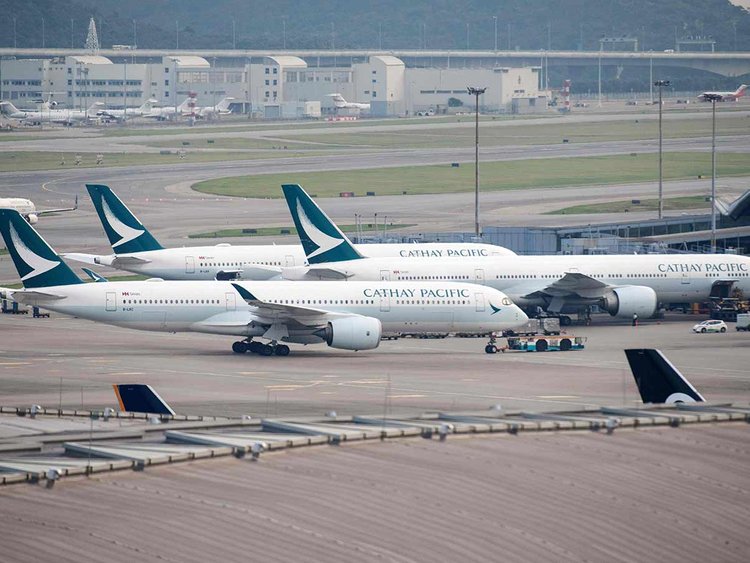 Hong Kong’s flagship airline keeping 120 planes out of the sky at any one time. Bosses say move is in response to market demand as fear of travelling increases.

Cathay Pacific Group has 120 planes sitting on the tarmac at any given time, accounting for about half of its fleet, and has scrapped more than three-quarters of its weekly flights in March.

Sources familiar with the situation said the number of planes left on the ground was likely to rise as Cathay warned of further cuts in flight schedules.

“We are continuously assessing our fleet and aircraft deployment in order to best align capacity with market demand,” a spokeswoman for the airline said, declining to address the number of parked planes.

Last week, Cathay said 75 per cent of staff, or 25,000 employees of the group, would take unpaid leave.

The airline’s flying schedules for March show a decline of around 75 per cent, according to a study by the Post.