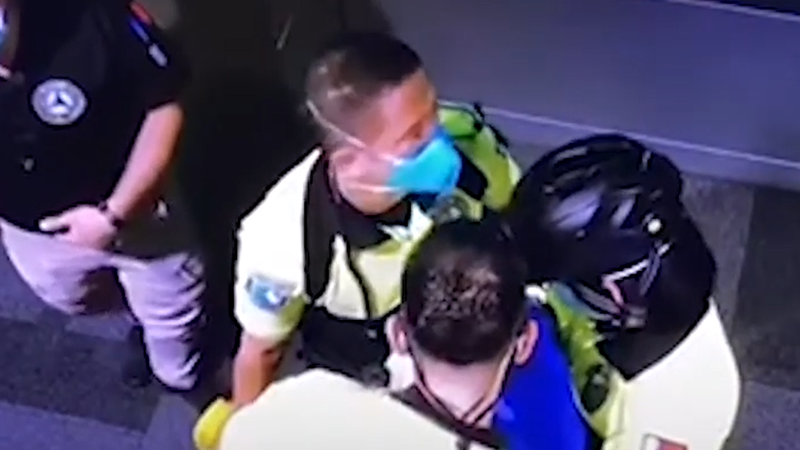 Surveillance footage showing the moments following the shocking discovery of an abandoned baby in a bin at Doha airport has been released.

A newborn premature baby was found in a terminal bathroom at Hamad International Airport on October 2.

After the discovery, a group of women from 10 different aircraft at the airport were subject to invasive internal searches. Eighteen Australians were involved, as well as women from other nations.

CCTV footage, published by Doha News today, shows a man cradling the newborn after it was found, as his colleagues gather around him.

The baby is wrapped in something blue, and the employees appear to be discussing the situation as one continues to hold the newborn.